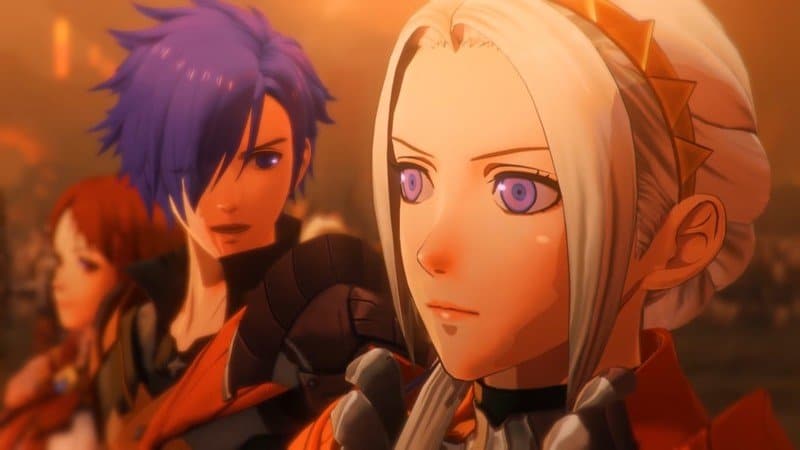 Hello everyone and welcome to this week’s Nintendo recap. It’s that exciting time of year when dozens of video game companies hold livestreams and showcases for their upcoming games and accessories. Nintendo has been decidedly quiet so far this month, but it’s very likely we’ll hear news soon for the usual summer Direct.

This week was rather busy as Mario’s latest sports game released on Switch, we got a demo for Fire Emblem Warriors: Three Hopes, Sonic had his own livestream, and some new Nintendo copyrights were discovered. There’s a lot more to go over so let’s a-go!

On Wednesday, a brand new trailer for Fire Emblem Warriors: Three Hopes dropped alongside an annoucement from Nintendo of America on Twitter that a demo had became available on the Switch eShop. The trailer showed off more of the game, including additional characters like the Ashen Wolves, and even alluded to an included romance mechanic.

I played through the demo and discovered that it runs through the first four chapters of the game. It takes place in an alternate reality from Fire Emblem: Three Houses where the purple-haired mercenary, Shez, becomes a professor at the Officers Academy rather than Byleth, who is actually the antagonist in this one.

Warriors games typicaly use more hack-and-slash mechanics and are far less strategic, but from what I experienced in the demo, there was still plenty of opportunities for tactical thinking. Plus, the camp, which acts as a hub, handles so much like Three Houses Garreg Mach that it felt more like a true sequel than a spin-off than I expected.

Three Hopes runs through some major plot points from Three Houses in the early chapters, but changes them drastically in preparation for a very different story route. Within the demo, players decide which group of students at Garreg Mach to join, which sets them down one of the game’s main three paths. Perhaps best of all, Nintendo has explained that the demo will transfer save data to the full game if players purchase it. So if you haven’t checked it out yet, I highly encourage you to do so.

Mario Strikers: Battle League came to Switch, neither a bomb nor a hit 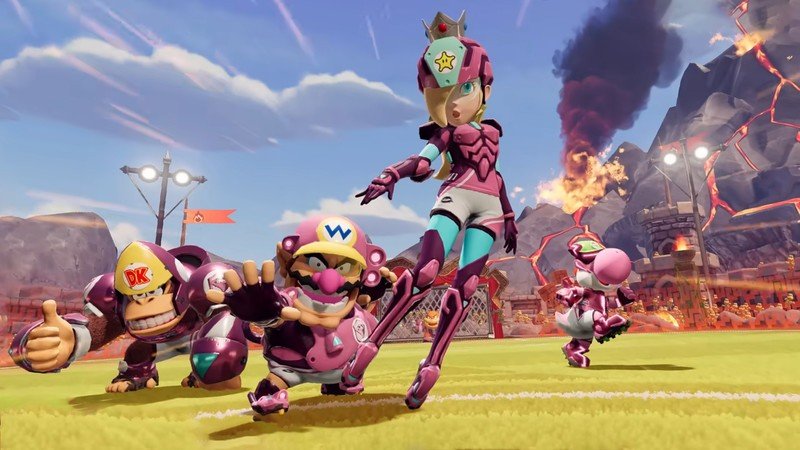 Mario Strikers: Battle League released on Friday and has been getting mixed reviews on Metacritic, with fans being more likely to give it a higher score than critics who are giving it an average rating of 75.

For those who might not know, this is a Mario sports game with a crazy take on soccer. Players are allowed to tackle each other and can perform devastating kicks that may or may not use hands.

The biggest negative among reviewers is that the game fails to provide content that was seen in past games. For instance, there’s no campaign and no solo story to play through. It seems like Nintendo is really betting on players to get into the online competitive mode, Strikers Club, to keep this game afloat. Still, the base mechanics are enjoyable and the ability to unlock gear with Coins that players acquire in matches is a fun element that many will like. If nothing else, it’s scratching a long-time itch since the last Mario Strikers released 15 whole years ago.

Sega announces Mega Drive Mini 2, explains why there is not a Dreamcast Mini or Saturn Mini 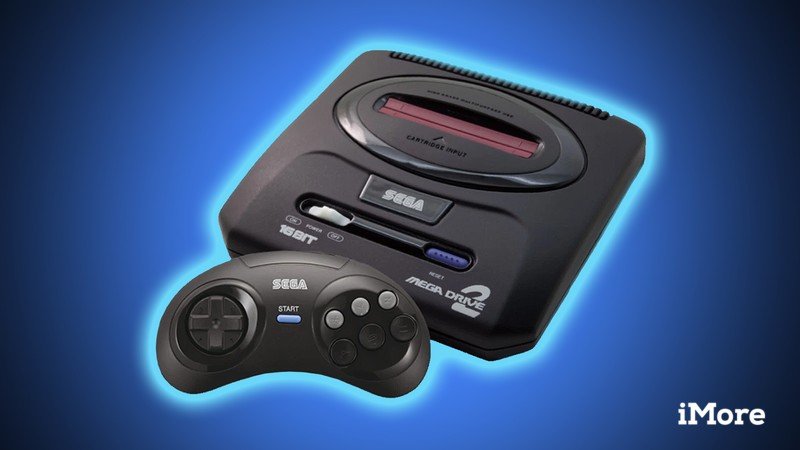 This isn’t exactly Nintendo news, but since Sega and Nintendo are often associated with eachother, let’s talk about it. Last week during a Japanese Sega live stream, the company announced that it would be releasing the Mega Drive Mini 2, which will include 60 games from the Mega Drive and Mega CD era.

For those who don’t know, the Mega Drive is the name of the Sega Genesis in Europe and Japan. The original Mega Drive 2 was a smaller iteration of the original Genesis with an improved six-button controller that could also play CD games without needing the extra accessory. The Mega Drive Mini 2 is releasing on Oct. 27 in Japan at roughly the equivalent of $75, but there’s currently no guarantee that it will launch in North America.

You might recall that in 2019 we got the Sega Genesis Mini, which came with two controllers and included 42 classic Genesis games such as Sonic the Hedgehog, Ecco the Dolphin, and Wonder Boy in Monster World. So, the Mega Drive Mini 2 is a continuation along this vein that includes some different games.

Leading up to the announcement, many fans were hopeful that Sega’s hardware announcement would be for a Dreamcast Mini or a Saturn Mini. While talking to Famitsu, Yosuke Okunari, who has been in charge of Sega’s classic systems, explained why this wasn’t the case (thanks VGC).

Some of you may say ‘this isn’t a Sega Saturn Mini’ or ‘I wanted a Dreamcast mini’, it’s not that we didn’t think about that direction… The development of new boards has been stagnant due to the Coronavirus and, of course, it would be a fairly expensive product in terms of cost.
– Yosuke Okunari

Chip shortages have slowed production of several hardware lines over the last few years across multiple industries, including video games. So, it’s not too surprising to hear that the pandemic and supply chain issues are to blame for a lack of Dreamcast Mini and Saturn Mini. Of course, these systems weren’t as popular at the time of their release as the Genesis was, so it’s also a safer bet from Sega’s standpoint to stick to its first console. Given how many franchises got their start or produced such fabulous games on Saturn and Dreamcast, however, it would be a shame if no mini consoles ever released for these two systems.

Fans call for Sonic Frontiers to be delayed after gameplay trailers 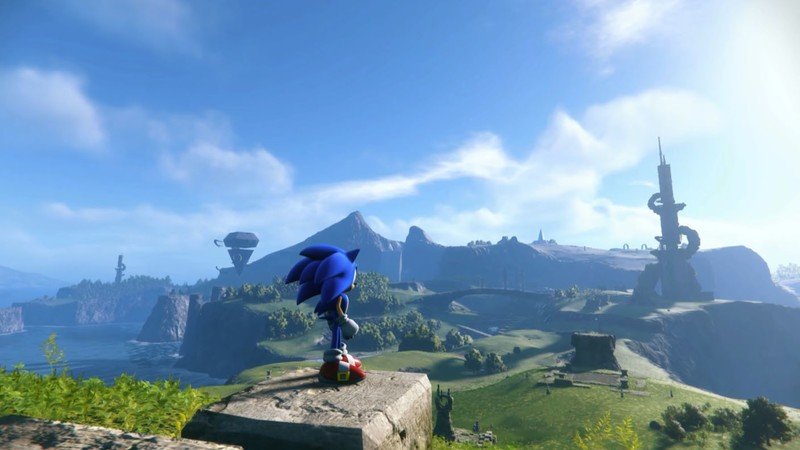 You might recall that last week, Sega revealed a couple of Sonic Frontiers gameplay trailers that showed off the open-world adventure’s environment and combat mechanics for the first time. However, the trailers didn’t spark a ton of confidence and enthusiasm, with #DelaySonicFrontiers trending on Twitter shortly after the trailers went up.

Fan input contributed to the redesign of ugly Sonic for Paramount Pictures’ movie adaptation of the character, but it seems far less likely the same will happen here. If we’re being honest, Sonic games have had far more misses than hits in the last two decades. Unless Sega does something drastic to change gameplay it wouldn’t be surprising to see Frontiers not meet expectations.

Sega has explained how it’s gone all out with the direction of this upcoming open-world adventure and its bet is that this will be a success. As such, I don’t see them reworking the game at this stage. 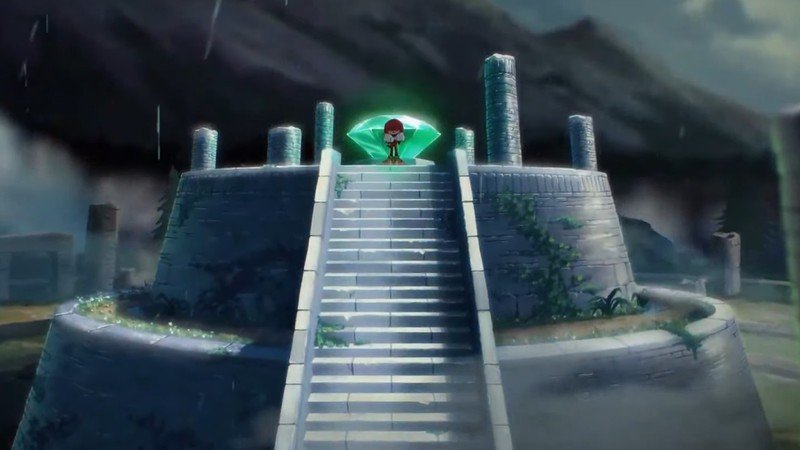 Speaking of the hedgehog, the Sonic Central livestream aired on Tuesday morning and showed off upcoming games, updates to onging games, new Sonic products, and more. Hardly anything of substance was shown; many announcements only alluded to more information coming in the future for previously announced projects.

For instance, it was revealed that a video explaining the events that lead up to the upcoming Sonic Frontiers will release some time before the game does. However, we were only shown a teaser image with Knuckles standing on a pyramid with what I presume is a massive chaos emerald behind him. The livestream just felt like a wasted opportunity that didn’t provide any new information of substance. While new Sonic Frontiers gameplay was shown near the end of the presentation, it was so short that it didn’t feel like it really provided new information or was even worthwhile. 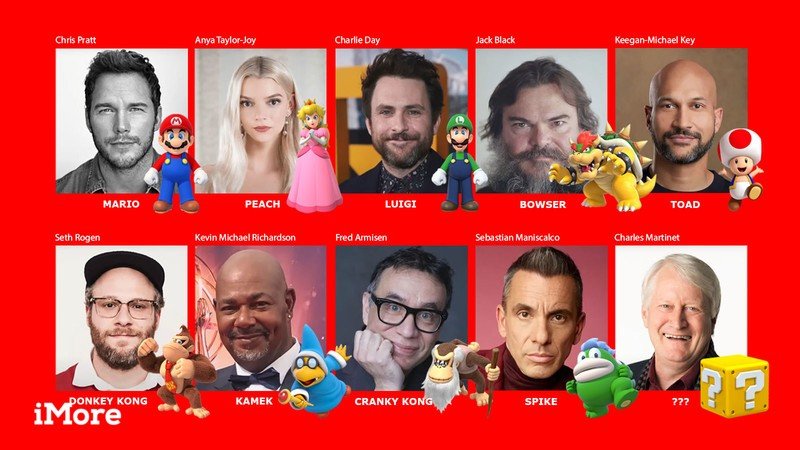 This week, it was discovered that Nintendo has filed at least two copyrights, Nintendo Studios and M Brothers Productions, that both focus on visual productions (via NintendoEverything). What makes these discoveries so interesting is that the existance of these trademarks could imply that Nintendo plans to work on additional movies after the delayed Mario movie. Goodness knows fans would love to see a well-done Zelda, Metroid, of even a Fire Emblem movie.

There are copyright records for the Illumination Mario movie, which have the expected companies listed, but there’s also new companies: “Nintendo Studios, LLC” and “M Brothers Productions, LLC”. Guessing these are the studios Nintendo will be listing their movies under pic.twitter.com/IydjzrkLyH

Illumination is currently working on the Mario movie, which boasts a star-studded cast including Chris Pratt, Anya Taylor-Joy, Charles Martinet, and more. While some of the casting has been rather controversial for fans (especially for Mario), we’ll have to wait and see just what the finished film is like before we can really pass judgement on it. 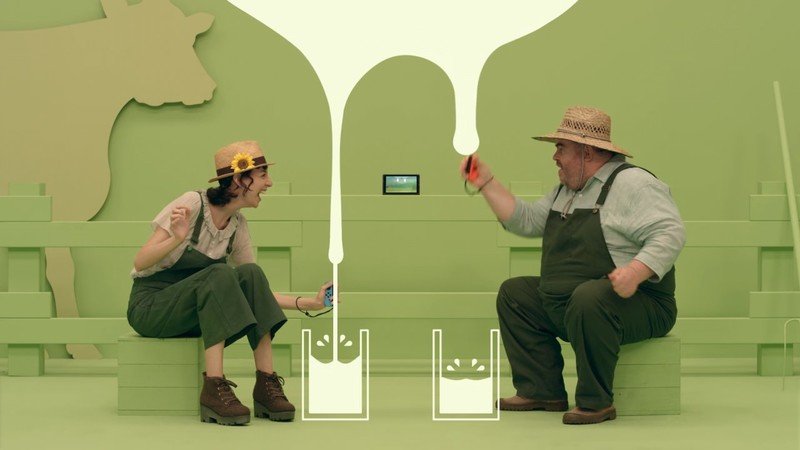 When the Switch first launched in 2017, a handful of games launched around the same time, including 1-2-Switch. This silly multiplayer shows off the Joy-Con motion controls with fast minigames that require players to use the controllers in specific ways. While it wasn’t a top-selling game, it still managed to sell over 3.45 million units during its lifetime. Nintendo has reportedly been working on a sequel, but things haven’t been going well with testers, according to Fanbyte.

One of the goals with the sequel was to differentiate it from the original game enough with new mechanics but in such a way that it wouldn’t nullify the original game so both could continue to sell. The team working on it decided to make it more like Jackbox Games with a horse host providing structure to a group of participants who compete against each other and keep tally of their scores.

However, the game has been testing horribly. Many testers got bored and didn’t even want to finish some minigames. It’s hard to say whether this game will ever see the light of day. However, it’s a common practice for gaming companies to rework titles extensively before release.

What about the Nintendo Direct?

I know, I’m also super excited for a possible June Nintendo Direct, but we’ve had no confirmation yet of when it will be. However, given that Nintendo has historically gone all out with its E3 Directs we can expect an announcement sometime soon. After all, there are several Switch games slated for summer and fall that don’t have exact release dates like Bayonetta 3 and Splatoon 3. So we can expect to hear from Nintendo in the near future at least for these titles and likely for some games that haven’t even been announced yet. I’ll be here to cover anything that gets revealed.