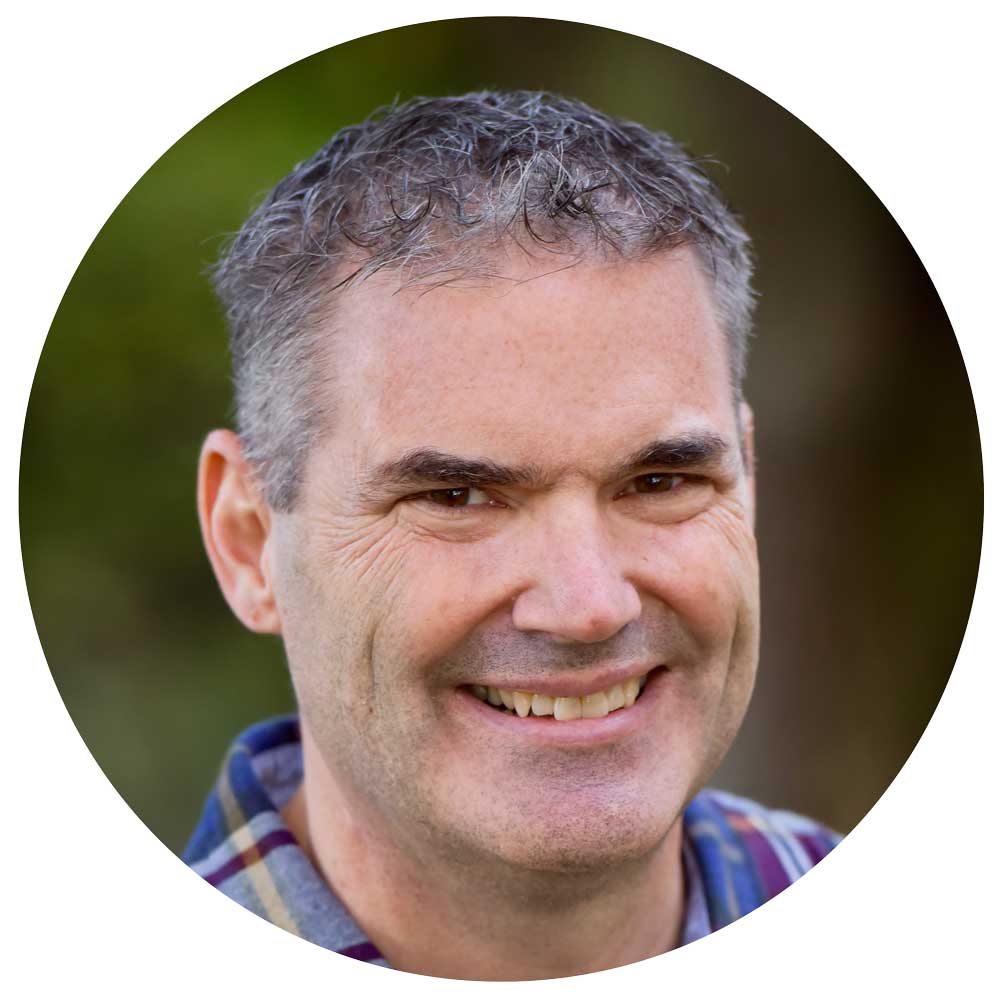 Hello, my name is Dan Wassink, and I’m President, trainer, and developer for Noteboom Productions, the parent company of Dan’s Tutorials and Noteboom Tutorials. Here is my story.

The Beginning: I have always had an interest in computers. I started with the SOL 20 back in high school and then moved on to the Radio Shack TRS-80, Texas Instruments TI-99/4A, and Atari 800 XL. I found my passion – computers and technology.

The Beginning of Helping Others: I also learned at an early age that I had a knack for helping others. Way back in 5th grade, I was asked to be an assistant to the teacher and help other classmates. I continued helping others through my k-12 days by being an assistant for various classes, including mechanical drawing, electronics, and my computer class.

The Publishing Era: A few years out of high school, I started working in the publishing industry. This was my first experience with the Apple Macintosh. I can say I never went back. Over the next 20 years, while in the publishing industry, I continued expanding my knowledge and helping others. I helped the company I worked for move from paste-up to Aldus Pagemaker to QuarkXPress by first learning the program then training others. I also introduced them to Photoshop and built their website. This is also where I started working with Filemaker Pro, one of my favorite apps. I also began teaching classes for employees regularly. I trained them on the various applications we used, including Filemaker Pro, Microsoft Excel, Microsoft Word, Photoshop, QuarkXpress, and others. I also attended tradeshows for the publishing company I worked for held and taught attendees about technology. That was always my favorite part – helping people understand computers. This was also when I met my wife – Beth Noteboom. Now you know the origin of the company name.

The Start of Online Tutorials: After leaving the publishing industry, I thought I’d give online tutorials a whirl. I created a simple site that had iPhoto tutorials called learntomac.com. I also was playing around with different content management systems, including Drupal. I found there were a lot of excellent tutorials but not many on basic Drupal, which is what I needed. I learned Drupal and figured other people like me just needed the basics. I created DrupalDude.com, a site to help people learn the basics of Drupal.

The Apple Era: I also thought it would be fun to work for Apple, and we had a retail store about 45 minutes away that had recently opened. I was hired as a Genius, and my love for Apple continued. I loved fixing the computers that came in and helping people with their issues (well, most of the time). What I found while helping people was that they didn’t want advanced lessons on the computer, they wanted to know the basics – most didn’t want to know how to work with layers in a Photoshop file, they wanted to know how to organize their photos in iPhoto. This was a consistent pattern. Apple realized this as well, and they introduced Apple One to One. With Apple One to One, you received training for your Mac when you bought a new computer. But this didn’t help people who had a Mac already. Sure they could get a bit of training through the Apple Store with Genius Bar appointments, but what about more comprehensive training?

The App Store Era: When Apple came out with the App Store, I saw an opportunity – proposing basic tutorials through the App Store. To do this, though, I had to leave the Apple Store as any apps I develop while working at Apple become Apple’s property. So I decided to quit and try developing apps. I tried a few different types of apps, including travel and training apps. The training apps seemed to hit a nice niche. People were interested in them, and I started receiving positive feedback, which continues today. So I started submitting tutorials on Apple software to the App Store regularly, but this wasn’t enough to live off of, so I needed to supplement my income.

The Education Era: When I left Apple, as I mentioned above, I needed to supplement my income while I grew my app business. I started helping out at a local academy part-time. This helped me develop my tutorials while still making a living. While at the school, I saw this same pattern of people just wanting to learn how to use their computers – students and teachers didn’t want to know how to create pivot tables, they wanted to know how to fill a row of cells in a spreadsheet. Once the apps and tutorials in the App Store grew to a full-time workload for me, I quit school and went full-time working for myself.

Online Training and the Membership Site: In addition to the apps in the App Store, I started working on this membership site for all my tutorials back in 2014. Why? Apple was, and still is, very inconsistent with approving apps. I love the App Store, but I learned you do not want to put all your eggs within one basket as they say. I decided to start offering my tutorials through a membership site in addition to the App Store. I could offer all my tutorials for one low price, and I can add any new tutorials I create to this membership. The site would be another way to access the tutorials. Now someone could purchase and download a tutorial from the App Store, or they could access all the tutorials, including exclusive ones, for one low price through NoteboomTutorials.com.

Noteboom Tutorials to Dan’s Tutorials: My site, Noteboom Tutorials, was a great start. But when I started it, I didn’t know what all I could do with a membership site. So the site was slow, it wasn’t well organized, I had nearly 100 products. I needed to start over. So as I started rebuilding it with new tools that offered features members have been asking for, such as reminders before renewals, I saw an opportunity. Build a personal connection with my members by rebranding it to Dan’s Tutorials. I am a one-man operation, so it was natural. So in August of 2019, Dan’s Tutorials was released.

Today: Now that I am focusing most of my time on the site, I can say the effort is paying off. The site has been successful from the start. It has incredible analytics statistics – average time on site over 5 minutes, my cancellation rate is low, and I get positive comments about how my tutorials are helping someone regularly. People not only like it, but they are using it. Members get instant access to all my tutorials and access to me through online chat. My goal of helping others with technology continues. I hope I can help you too!