It’s a big week for Apple. On Monday, new versions of iOS, iPadOS, and macOS arrived, on Thursday it will announce its fourth-quarter financial results, and today (Wednesday), the new 10th-generation iPad and M2 iPad Pro hit shelves.

But Tuesday brought a different sort of surprise from Apple. On a day when millions of people were searching for new apps that take advantage of iOS 16’s Live Activities feature, they were greeted with far more ads than there have ever been. Bombarded even. They’re on the Today screen, Search screen, and app listings, and are basically inescapable.

Of course, App Store ads aren’t new. Back in 2016, Apple began showing ads within search results for the first time that surfaced competitor ads when searching for specific terms. For example, a search for “Twitter” might bring up Tumblr as the first option similar to how Google’s search ads work. They look like search results but are surrounded by a light blue box and have a small “ad” label.

By now we’ve been trained to skip past that first sponsored search result, but it was a jarring change. Before Search Ads arrived, the App Store was a trusted place to find quality apps free from ads. Now Apple was filling its store with ads that could unknowingly steer people in directions they might not have been going.

At the time, Phil Schiller said Apple “thought about how to carefully do (search ads) in a way that, first and foremost, customers will be happy with.” People might not have been happy about it, especially developers, but Search Ads have become so commonplace over the past six years that Apple now spotlights developers that benefit from placement and describes the program as “a must-have ad platform while facing heated competition.”

Now Apple is ramping up its App Store ads. Rolling out this week is a dramatic expansion of Search Ads that populate the Today screen, Search tab, and perhaps worst of all, the “You Might Also Like” section. We knew it was coming, but in practice, it feels like an unnecessary intrusion. And they’re unlikely to go away. Apple says the new ad placements let developers “drive discovery of your app in more moments across the App Store — when customers first arrive, search for something specific, and browse apps to download,” and you can clearly see how many of them will love the opportunity to push their apps in front of people who probably wouldn’t otherwise find it.

But not all developers are happy. Twitter exploded with complaints about the new ad system, mostly from developers who were finding unrelated apps in the You Might Also Like section. That’s by design—Apple lets developers target “app categories different than mine” when buying an ad placement.

Of course, you need to scroll down to the very bottom of the page to see those recommendations, so it’s likely that many people won’t see them. But when developers are seeing ads for online casinos in gambling addiction apps or Adult Video Chat in Apple Books, it’s not hard to see how trust in the App Store could very quickly be eroded.

And things are probably going to get worse before they get better. If Apple is going this route, there are probably signs that hardware sales are softening, services growing as fast, or the next big thing might not be as big as Apple needs it to be. Growth is Tim Cook’s primary objective and if that means ads expand to the Mac, Notification Center, or Spotlight search, that’s probably going to happen at some point.

On Thursday, Apple might have more to say about App Store ads during its quarterly earnings call, where it’s likely to announce it made about $90 billion over the previous three months. And yet, it’s rolling out its most aggressive ad push ever to hundreds of millions of loyal customers. And considering there is nowhere else to go to get apps, it’s a nuisance we’re all going to have to live with. 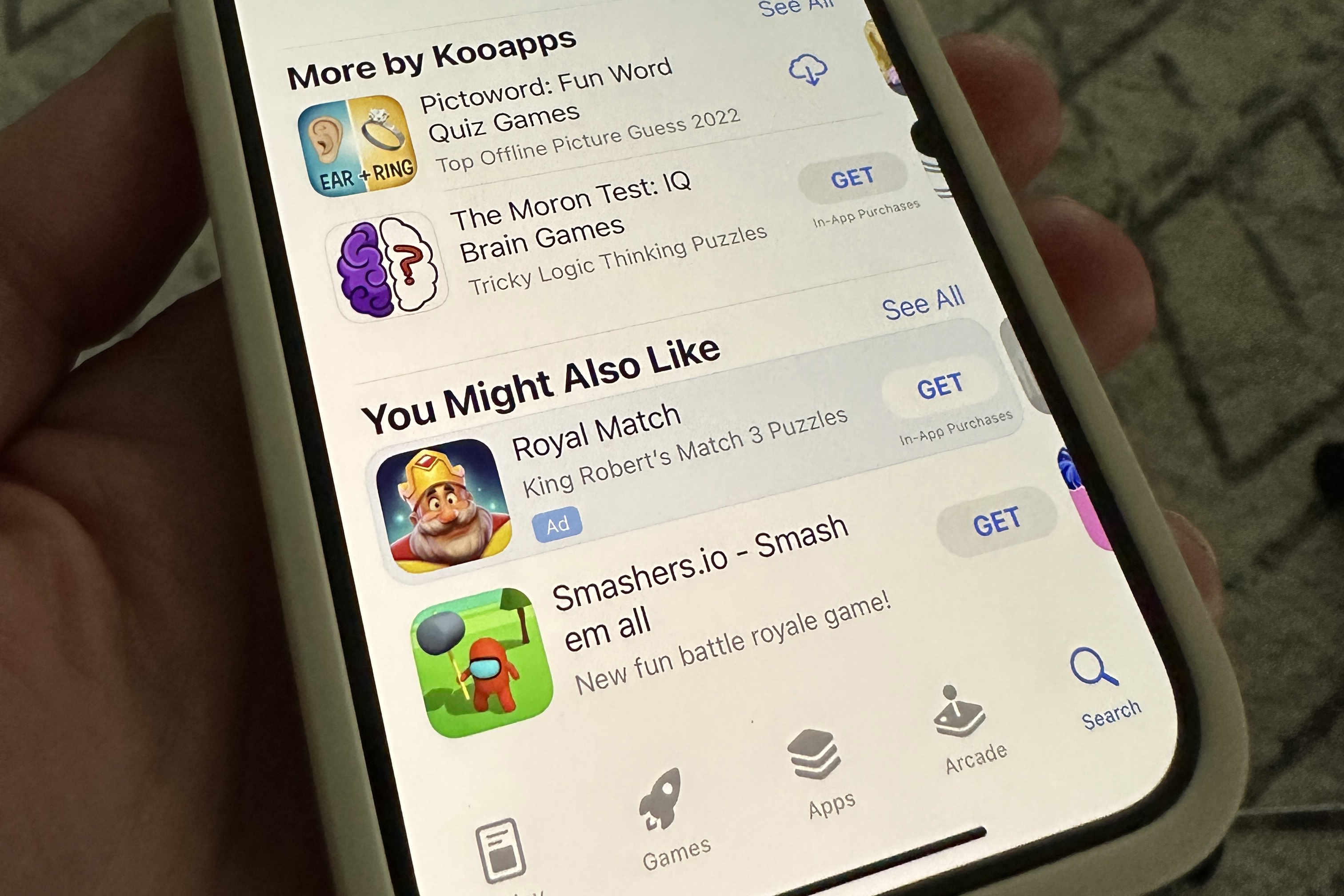