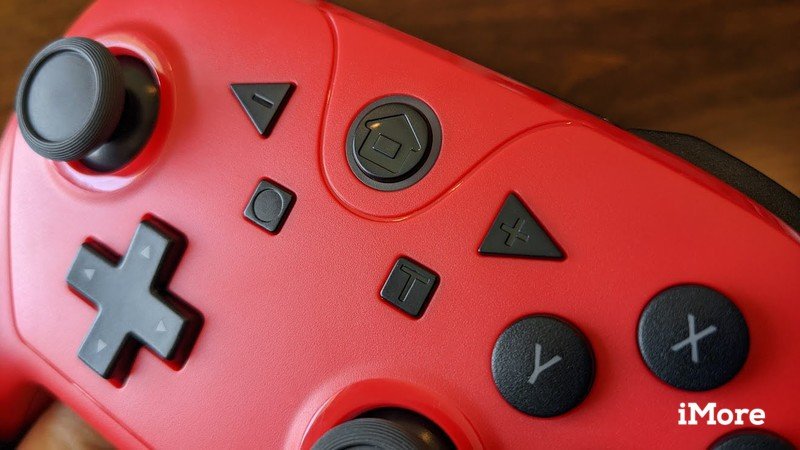 Works incredibly well at a much lower cost than competitors.

I don’t even know how many dozens of Switch controllers I’ve tested over the years, but I can tell you that out of all the ones I’ve gotten my hands on, the YCCTEAM Game Controller is by far my favorite. This is due to the fact that it has a design similar to the official Nintendo Switch Pro Controller, but with one major layout difference: A massive Home button in the top center.

It’s also significantly cheaper than many other third-party options out there while offering more function than many competitors. Whether you’re looking for a comfortable controller for solo play or are trying to get a bunch of inexpensive controllers for multiplayer, this one will serve you well. 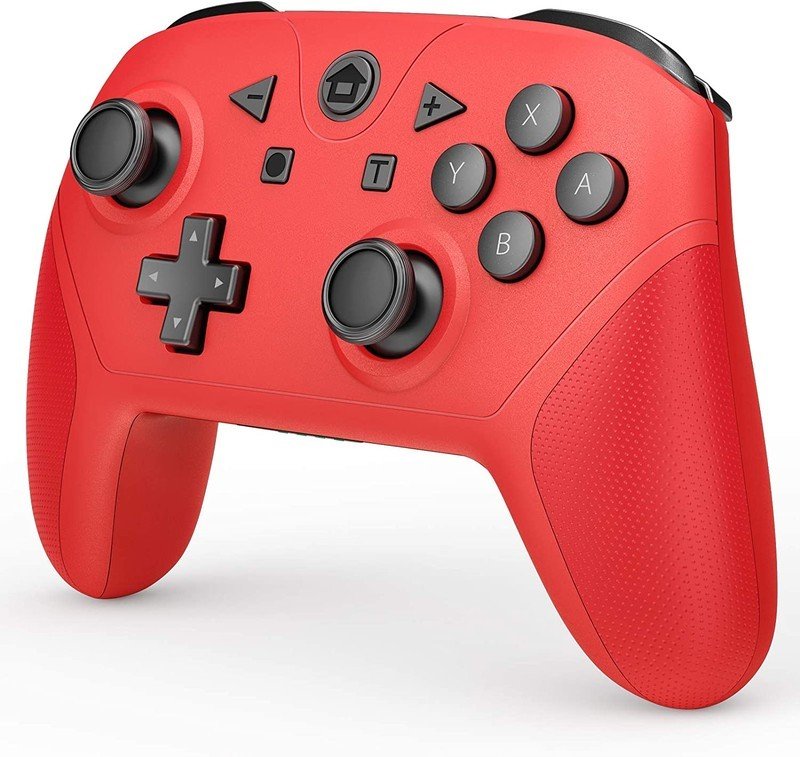 Bottom line: With every function of the official Pro Controller complete with an ergonomic design and a massive Home button, the YCCTEAM Game Controller is by far one of the best controllers on the market. Plus, it’s far more affordable than other options out there. 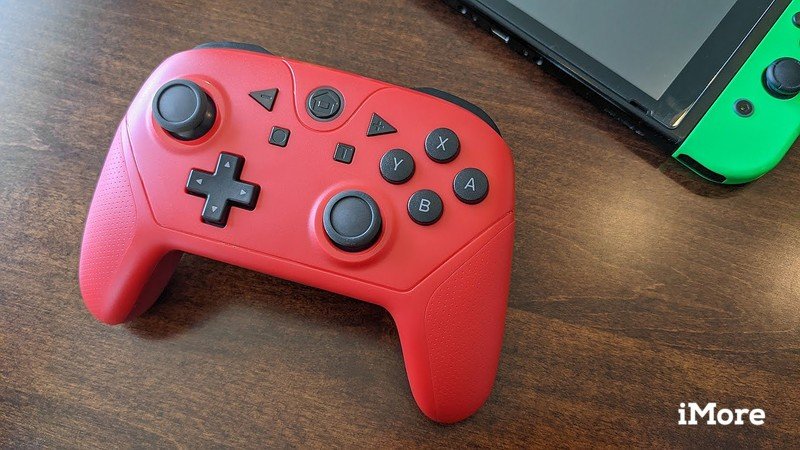 This third-party Switch controller sells for $26.99 on Amazon, but it has seen significant price drops during certain times of the year. It’s already much less expensive than other Switch controller options while offering more function than most Switch gamepads on the market. There are five different colors to help you choose the look you like best. Get it in red, black, white, blue, or black and green. 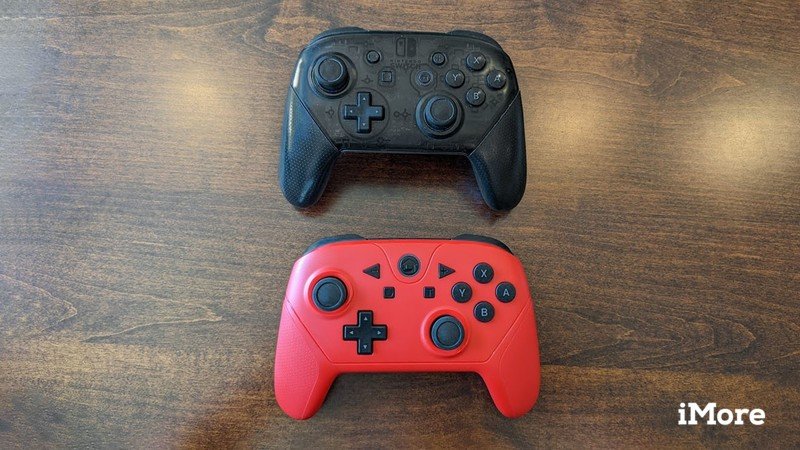 The YCCTeam Game Controller has a very similar design to the Nintendo Switch Pro Controller but with one significant change — the Home Button is in the top center making it easier to access. I love this layout and will choose this controller over all of the others I own every time.

There’s also an extra Turbo button which, thanks to the instructions in the manual, I was able to easily set to one of the other buttons on the controller. This is something that can come in handy in certain competitive games, but most people won’t use it. Fortunately, it’s not easy to accidentally trigger the assigning function for the Turbo button unless you want to.

This gamepad is a bit lighter than the official controller, but that’s usually the case with third-party controllers. I got used to the difference after a bit and the weight didn’t feel unpleasant for me in the long run. The buttons all press in nicely and the joysticks are very responsive. There wasn’t any delay while playing my favorite Switch games and the controller always worked the way I expected it to. It can even wake up the Switch if I press the Home button, wait a second, and then press the Home button again. By doing this, I don’t have to get up from my couch just to turn my console on.

The interior gyro responds as I rotate the controller around to work well with any games that offer motion controls. Additionally, there’s a good level of vibration without it being too little or too much. Many third-party Switch controllers leave these functions out, so it’s nice to have them. 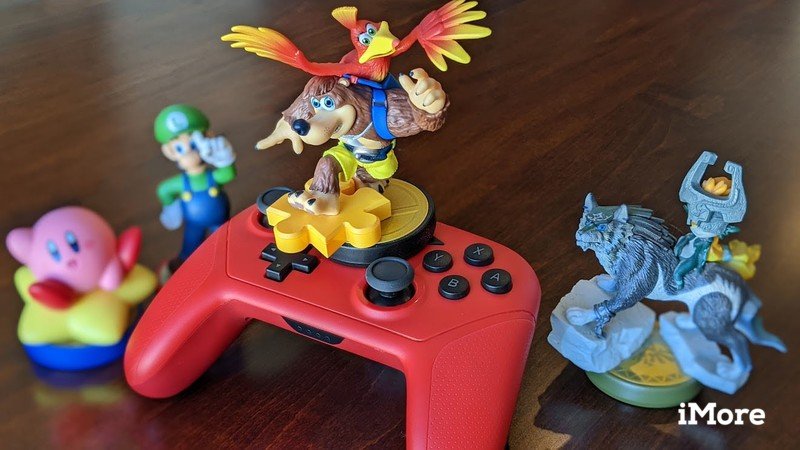 More so than motion controls and rumble, amiibo scanning is something that is almost always left out of third-party controllers, but that’s not the case with the YCCTEAM Game Controller. It responded quickly each time I tapped one of my figures to the Home button area and allowed me to unlock items in various games.

Unbelievably low price with all the functions 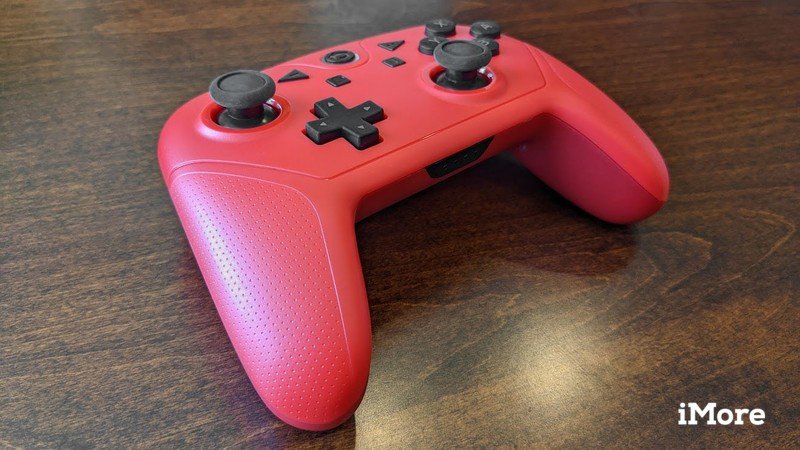 If you’re looking for a cheaper alternative to the Pro Controller or you want to get a bunch of controllers for game night, this one is the one to get. You can even get five different colors to help differentiate them among friends and family if you’d like. 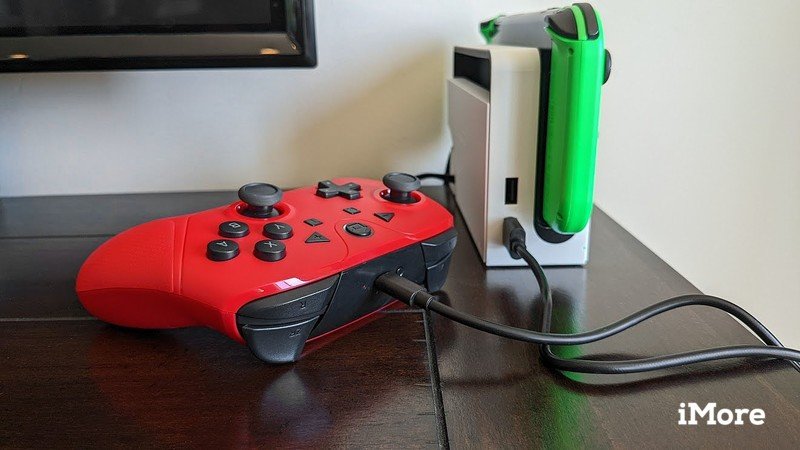 I’ve used this controller for dozens of hours throughout the week. The battery lasts for up to 10 hours and since I always charge my controllers between sessions it has never run out of juice on me during testing. There’s a USB-C slot at the top of the controller and a charging cable comes in the box, so I’ve been able to charge it back up using the Switch dock whenever I’m done with it. 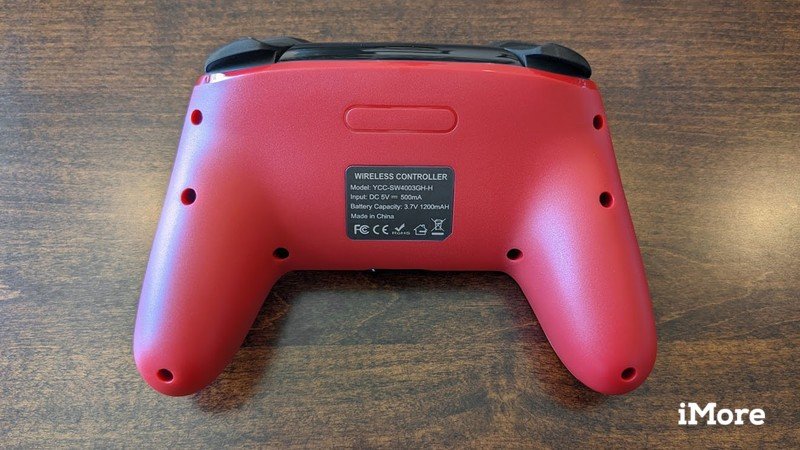 The only negative I can think of for this excellent controller is that there could be more texture on the grips to make it easier to hold. Otherwise, it’s practically perfect. As it is, it can be a tad slippery, but not enough to make me feel like I’m going to drop the controller. Honestly, considering the low cost of the controller combined with all of the functions it offers, this is one of the very best gamepads for Switch that you can get. 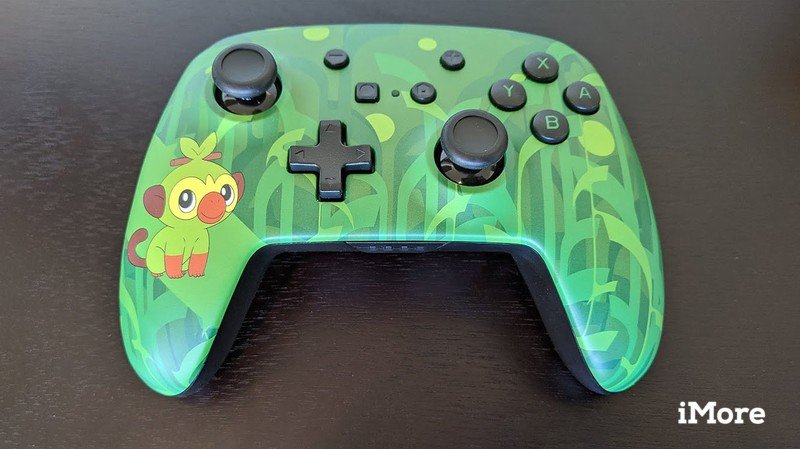 If you’re looking for something with officially-licensed designs like Mario, Zelda, Animal Crossing, or Pokémon characters, then you’ll want to check out the PowerA Wireless Enhanced Controller. There are dozens of designs to choose from. The only drawback is that while they have motion control and rumble, they cannot scan amiibo.

For players who want a gamepad that offers a little more pizazz, an RGB option like the Nexigo Wireless Nintendo Switch Controller will be of interest. You can get a controller with minimal lighting around the joysticks or there are other options that have lighting patterns throughout the front of the controller. It also offers rumble and motion controls, but again, no amiibo scanning.

YCCTEAM Game Controller for Nintendo Switch: Should you buy one? 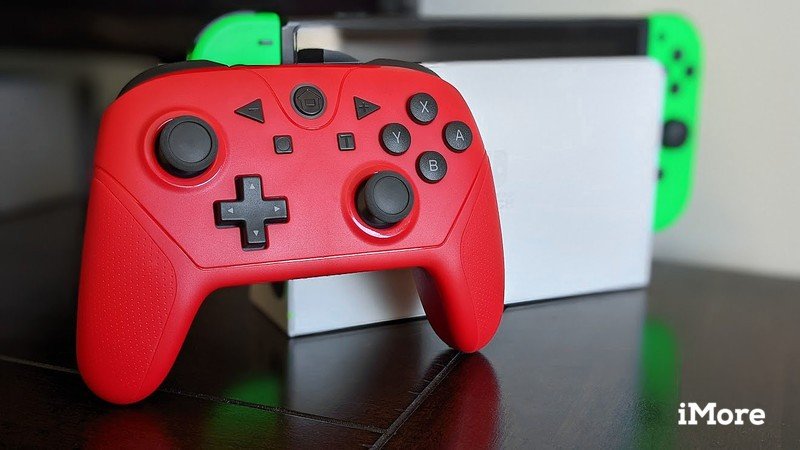 You should buy this if …

You shouldn’t buy this if…

I have dozens of Switch controllers at my disposal since I frequently test them. However, ever since I started using the YCCTEAM Game Controller I haven’t wanted to use any others. I love the traditional design that matches the ergonomic feel of the Pro Controller. Plus, the fact that this controller has motion controls, rumble, a huge Home button, and even amiibo scanning makes it stand out in a sea of competitors.

It is a bit lighter than the official Pro Controller and there’s not as much texture on the grips as I would like. However, it’s incredibly inexpensive for all of the functions it offers and gives me everything I need to play my favorite games. If you need a controller for solo play or want to get a few for competitive couch multiplayer this is the controller to get.

Bottom line: With ergonomic grips, amiibo scanning abilities, rumble, and motion controls this controller has everything you need to play Switch games. Plus, it’s far more affordable than many other options.