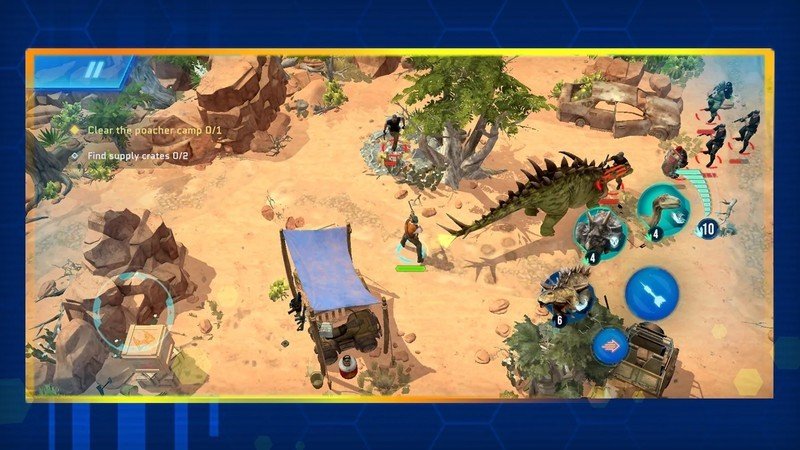 Dinosaurs have never been so much fun.

Dinosaurs are all the rage right now and soon you’ll be able to battle it out with some of your very own in an upcoming game tied into the Jurassic Park movies. Jurassic Park World Primal Ops is coming to iOS soon and you can pre-register your interest in the title right now.

If you’ve been watching the Apple TV+ show Prehistoric Planet and wondering what it would be like to do battle with some of the dinosaurs on display, wonder no more.

While you might normally expect to fight against dinosaurs in this kind of game, this time around you’re fighting with them. They face extinction a second time around thanks to your fellow humans and it’s your job to help protect them in a top-down action-adventure game.

Rescue, collect, and fight alongside your favorite dinosaurs in Jurassic World Primal Ops, a thrilling top-down action-adventure game with a deep dinosaur collection system. As a battle-trained dinosaur handler, use your expertise and combat skills to save dinosaurs from malicious mercenaries, deadly poachers, and sinister laboratories. Collect dinosaurs, build a roster to deploy in battle, and help your new companions safely find their place in a primal world.

We don’t yet know exactly when we can expect Jurassic World Primal Ops to ship but we do know that it’ll be a free-to-play title with the usual array of in-app purchases. Those who pre-register will get a bonus or two for handing over their email address and you can keep an eye out on twitter for more information as we get nearer to the big release.

If you want to upgrade your dinosaur gaming experience, check out our list of the best game controllers for mobile gaming.