Now that the iPhone 13 has launched, we are officially on iPhone 14 watch. However, at this early stage, you should regard all such iPhone 14 rumor reports with extreme skepticism, regardless of the source. Apple tests many new technologies, but whether they make it into the iPhone or not has to do with a complicated web of technical feasibility, cost, availability of parts from suppliers, and more.

In other words, Apple itself probably will not have truly nailed down the iPhone 14’s specs until the first half of 2022. Some assumptions are safer than others (it will almost certainly have an A16 processor manufactured by TSMC), but chasing down rumors at this early stage is more of an exercise in entertainment than reliable information.

With all of those caveats out of the way, here’s what we’ve heard so far about the iPhone 14.

April 5: The iPhone 14 Pro’s camera is expected to get a massive upgrade, with a bigger bump, wider sensor with a massive 48MP lens.

February 18: The iPhone 14 Pro and iPhone 14 Pro Max could feature 8GB of RAM, the most ever in an iPhone, according to a report by Haitong International Securities (via Macrumors).

January 11: LeaksApple Pro on Twitter says Apple is “considering” raising the price of the Pro models by $100.

But the iPhone 14 is rumored to drop the mini model in favor of a less-expensive Max model. So we’ll get two 6.1-inch iPhones (regular and Pro) and two 6.7-inch Max iPhones (regular and Pro). This will be good news for those who want the larger Max size but wince at the $1,100 starting price. It also could come in a new titanium finish rather than stainless steel, according to rumors. And the volume buttons could return to the round shape last seen with the iPhone 5s.

An early December report by Ming-Chi Kuo said that the Pro models would have no more notch for the TrueDepth sensors at all, but rather a “hole-punch” camera similar to those on some Android devices, at least on the Pro models. That rumor has since been modified to reflect a slightly different design, with a “hole+pill” cutout. That means the iPhone 14 Pro will have a small hole for the selfie camera and a larger oval for the Face ID components. According to pictures, it’s still significantly smaller than the current notch.

We haven’t heard any specific rumors about an always-on display in the iPhone 14, but after it was heavily rumored for the iPhone 13 and failed to materialize, it’s possible that it makes an appearance this year.

Big changes are apparently coming to the iPhone’s camera in the iPhone 14. While the two models are expected to retain the same setup—dual camera in the standard iPhone 14 and triple-camera in the iPhoner 14 Pro—Apple is planning a big leap for the higher-end models. Leaked skematics show a massive camera bump on the Pro models, protruding 4.17mm from the back of the case for a total thickness of 12.02mm, about a milimeter thicker than the iPhnoe 13 Pro.

According to Kuo, Apple is said to be considering a 48MP sensor for the standard wide camera, which would combine the pixels’ light collection in a 2×2 grid when in a low-light situation (producing a 12MP photo). The camera would reportedly be capable of shooting 8K video, at least on the Pro models.

Leaked skematics show a massive camera bump for the pro models that is likely housing a huge upgrade. In April, a post on Weibo (via Macrumors) claimed that the wide camera sensor will be 20 percent larger than ‌iPhone 13 Pro. Together with the 48MP lens, that likely means the iPhone 14 Pro will take extremely detailed images in bright light while still relying on night mode to capture low-light images.

While the Pro models were previously rumored to include a “periscope” lens with variable zoom, the latest rumor says that feature is coming in the 2023 iPhone (presumably the iPhone 15).

There have been few rumors about the standard iPhone 14’s camera, so we expect the system to be mostly the same with the usual software enhancements and features,

The iPhone 13 is said to have 120Hz ProMotion displays on the Pro models, with panels made by Samsung, while the non-Pro variants will reportedly use regular 60Hz displays made by LG. With the iPhone 14, LG is said to be making LPTO OLED displays capable of 120Hz to supply the entire iPhone line. So it’s possible that the entire iPhone 14 line will have 120Hz ProMotion technology, which would follow Apple’s natural cadence: bring a feature to the Pro model first and then follow with the rest of the line a year later.

Every new iPhone has a new A-series system-on-chip (SoC) and we expect the iPhone 14 to follow suit. The A16, as it will likely be called, could be one of the first large-scale processor releases to use TSMC’s 3-nanometer manufacturing process, which should help improve performance, efficiency, and battery life. However, a report in November by The Information suggested Apple might stick with a 5nm process due to struggles with TSMC’s “cutting-edge manufacturing technique.”

However, recent rumors suggest only the Pro models will get the newest chip, while the non-Pro mdoels will get a slightly upgraded A15 chip. That would be a doubling-down of the strategy Apple introduced with the iPhone 14, when the Pro models got a different A15 chip for the first time with a 5-core GPU.

Following a rumor by Ming-Chi Kuo, Mark Gurman suggested in his Power On newsletter that Apple is testing an iPhone with an in-display Touch ID sensor that could come to the Pro models, echoing previous rumors. However, he says Apple is “all-in on Face ID for its higher-end iPhones” with the ultimate goal of “implementing Face ID in the display itself.” That tracks with Prosser’s rumor of a notch-less iPhone 14, though Gurman hasn’t said whether he expects the 2022 iPhone to retain the notch.

The iPhone 14 could be the first Apple device to support to speedier Wi-Fi 6E protocol allowing for wider channels and more spectrum, according to a report by Ming-Chi Kuo. However, supply issues could hamper production if Apple chooses to roll out 3×3 or 4×4 MIMO designs, he cautions. The current iPhone 13 supports 2×2 MIMO.

Apple typically releases new iPhones in the fall, usually announcing them in September with a release date from two to four weeks after. We haven’t heard anything that leads us to believe that 2022 will be any different.

Pricing on the iPhone 14 models will probably be a little different from existing iPhones, in that there isn’t expected to be a 5.4-inch mini version but rather a lower-cost 6.7-inch Max size that Kuo said could come in at under $900. With that in mind, we expect the lineup to range from roughly $800-$1,000, depending on model and size.

The new larger model could also shake up the Pro prices. LeaksApple Pro on Twitter reported that Apple “is currently considering” bumping the prices of the Pro iPhones by $100 apiece, pushing the iPhone 14 to $1,099 and the iPhone 14 Pro to $1,199. The account says the reasons for the change increasing production costs and the need to provide more than a $100 difference between the 14 Max and the 14 Pro. 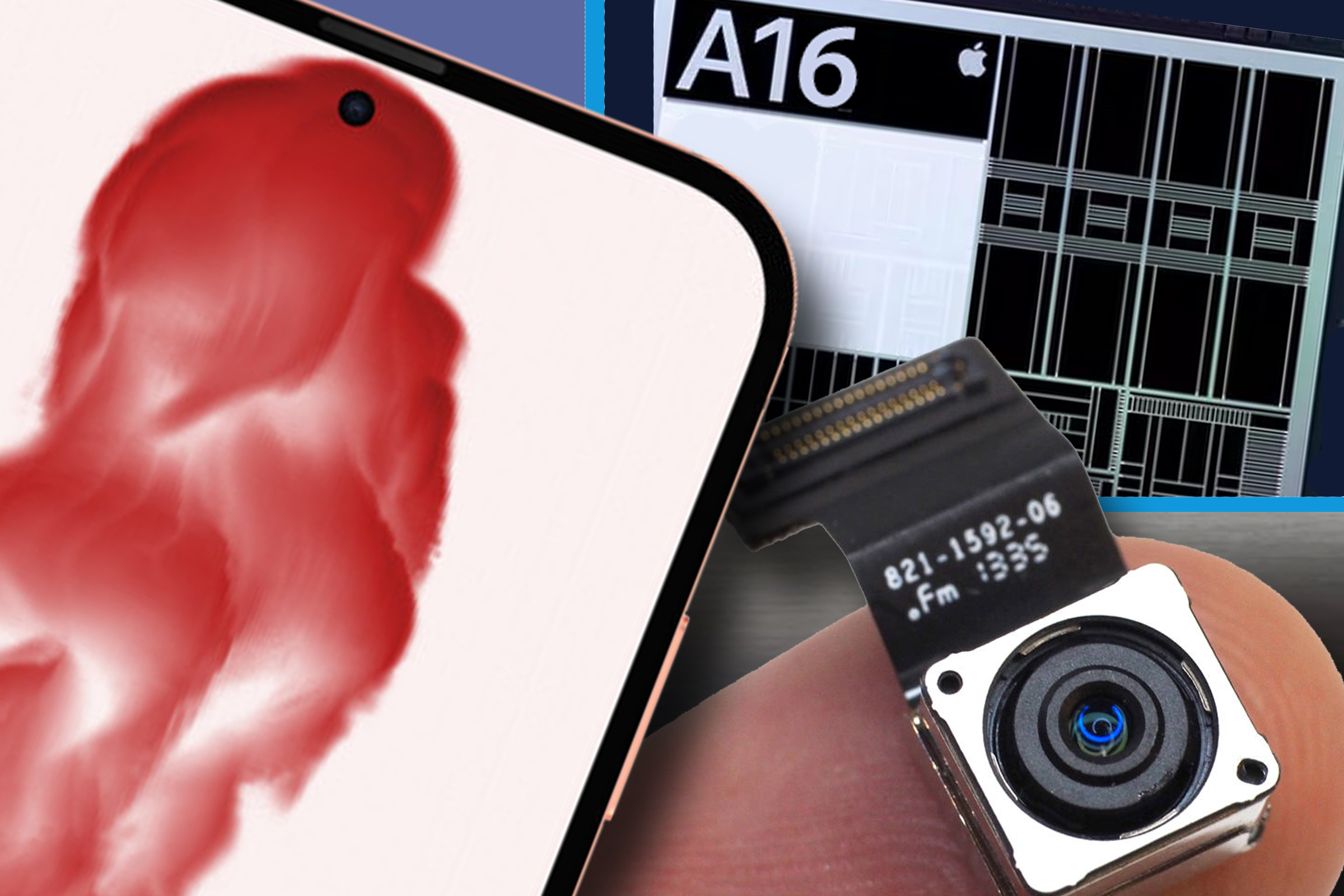