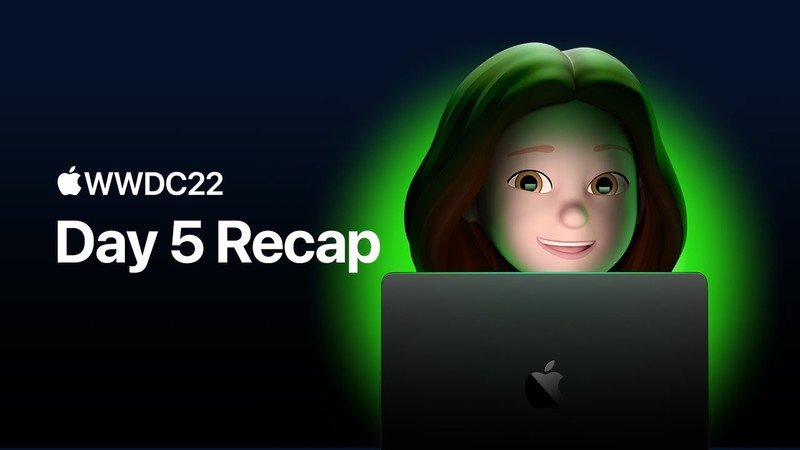 “It’s time for our final report.”

Today, Apple hosted the fifth and last day of WWDC 2022. The fifth day of the annual developer conference included sessions like improving battery consumption, making a Swift server app, and working with ShazamKit.

To help us learn about it all, Apple has released one more recap video. Hosted by Serenity Caldwell, the video also closes out the conference with a self-destructing message (just kidding). You can check it out below:

It’s time for our final report. Check in with Serenity Caldwell for a recap of the last day of Apple’s WWDC22. Catch you next year, developers.

WWDC 2022 included a ton of major announcements including iOS 16, iPadOS 16, watchOS 9, tvOS 16, and macOS Ventura. The company also revealed the new MacBook Air. iMore’s Gerald Lynch was at the main event and went hands-on with the new MacBook Air. You can learn more about his initial impressions in his hands-on review.

Just because WWDC 2022 is over doesn’t mean you can’t still enjoy it. If you want to tune in to everything that the conference had to offer, you can do so by downloading the Apple Developer app on iPhone, iPad, Mac, or Apple TV. All of the sessions, the keynote, and the Platforms State of the Union are all free to watch for anyone, even those of us who aren’t a developer or are part of the Apple Developer Program.

So enjoy one last recap and then feel free to go through it all…all over again!