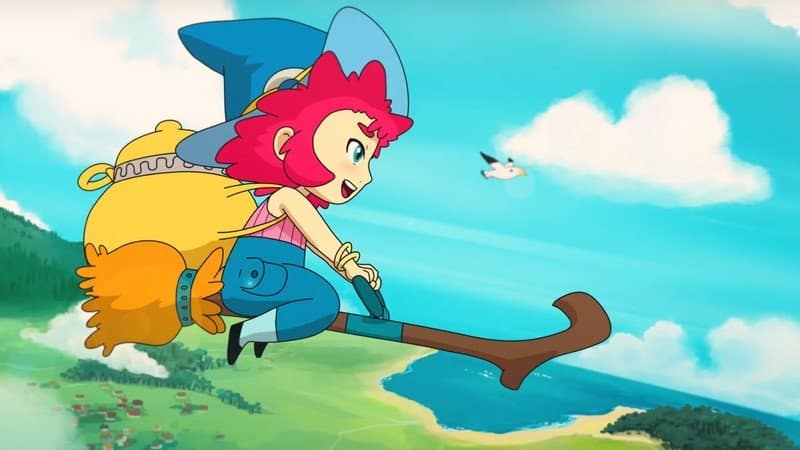 Take a look at all the fun indie games coming to Switch.

It’s that time of year again when we get to see several indie games shown in the spotlight, getting the attention they deserve. This year’s June Wholesome Direct, which kicked off at 9:30 a.m. PT / 12:30 p.m. ET on June 11, is hosted by Josh Boykin, Jenny Windom, and Mary Kish. Here are all of the cozy games shown that are coming to Nintendo Switch, or have the potential to come to the hybrid system.

How to watch Wholesome Direct June 2022

It’s no secret that some of the best nintendo switch games are indie hits, so we’re excited for these upcoming games. Of course, we’ll have to make some room on our microSD cards for all these awesome titles.

Take on a role of a little honey bear who loves to cook in a big kitchen. It’s set to release on consoles, but we don’t know for sure if this includes Nintendo Switch yet. It’s included here just to be safe.

Play as a bear who’s out to save the homes of his forest friends from the destructive forces of constructors.

Enjoy a calming location with a garden that grows and changes as time goes on. It’s set to release in 2022.

Mika and the Witch’s Mountain

Mika is a witch’s apprentice who must help the local townspeople in order to complete her training. Learn about the lives of those she meets. It’s expected to release in 2022.

Travel around a calm forest as the new mailman and get to know the other creatures that live here. It’s set to release sometime in Q4 2022.

Collect bunnies in this calming cozy game. Take care of your cute creatures and set up your home the way you like. The release date is yet to be determined.

A Walk with Yiayia

This black and white title is a part visual novel, part adventure game. It centers on taking your grandma out for a walk after she’s experienced a scary event. It launches August 20, 2022.

This silly little game centers around answering the question, which came first? The chicken or the egg? It’s set to release in Q4 2022.

It’s not guaranteed to come to Switch, but it might if the Kickstarter for the game goes well.

This game is secretly a personality quiz with several decisions available to you throughout the course of the story. It releases sometime in 2023. 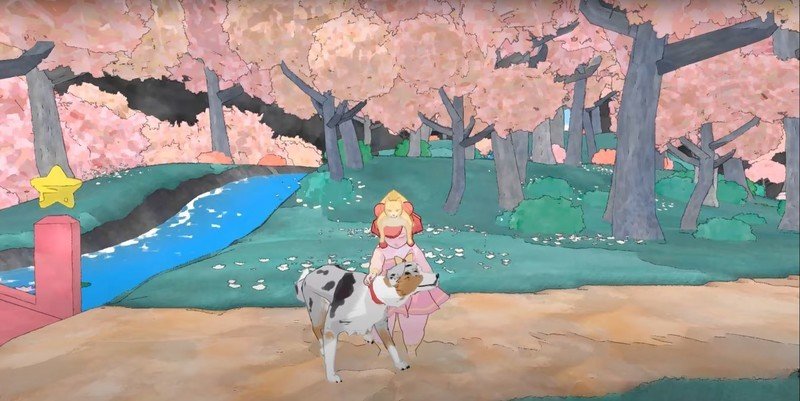 Adds a new and improved cooking minigame along with new farm animals to collect. Coming this summer.

This is an RPG roguelike that has players exploring a changing world to beat enemies and meet cute animal characters. Plus, you can hatch your own dinosaurs. The Kickstarter launches this summer with the goal to bring it to many platforms including Nintendo Switch.

This game centers around serving drinks to patrons and learning about them. Episode 2 will have new drinks, characters, and features for players to explore. It’s coming sometime in 2023.

Solve puzzles and explore ruins in order to save your parents while working alongside your best friend, who happens to be a frog. It’s set to release sometime in 2022.

Animal pals have all gone off to an island for vacation. The first episode in a three-part story, The Guardian’s Beach Break Part 1: Swimsuits and Shells and a Tournament, Oh My! launches for free this summer.

The popular silly creature collecting game is leaving early access with the 1.0 launch this summer.

Solve puzzles to build planets and explore. The game is announced for PC and consoles but didn’t specifically clarify if it would be coming to Nintendo Switch. We’re including it just to be safe. It’s planned to release in 2023.

An upcoming update will allow players to explore Gary’s Garden in this platformer. Release date is yet to be determined.

Skatebird gets Among Us update

This adorable bird skating game is getting a free update that brings Among Us crewmate to the party. Choose their coloring and their hats. This update is available now.

Play card games and interpret their outcomes in order to unravel a story. The release date is yet to be determined.

This adorable adventure game has players taking on the role of a frog who must solve challenges while sticking to the beat of the music. The developers want to bring it to Switch and might be able to do so if the game receives enough support on Kickstarter.

Solve puzzles in “the world’s most adorable donut factory.” There are a dozen donut boxes or levels for you to play through.

Massive kaiju are appearing to find love rather than to destroy the city in this adorable dating sim. It’s planned to release sometime during Q2 2022.

Gaucho and the Grassland

Rebuild your family’s ranch within this fantastical take on gaucho culture. It’s planned to release sometime in Q4 2022.

Discover a small island by climbing, swimming, and gliding while playing as a little alligator. It’s set to release sometime in 2022.

A story about a group of young people as they work to release their music, but life gets in the way. It’s coming to Nintendo Switch sometime in Q3 2022.

Diagnose symptoms, gather ingredients, and brew potions in this game. It’s set to release sometime in 2022.

This fun game mixes town building with a life sim in an RPG sandbox. Customize things to look the way you want them to. It’s set to release sometime in 2023.

This life simulator has you take on the role of a wizard’s apprentice as you learn to hone your magical skills. It releases sometime in 2023.

Soar through the skies when Toroa releases sometime in the future. It’s currently slated for release on consoles, but we don’t know for sure if this means Nintendo Switch.

The Spirit and the Mouse

Is an adventure game that follows, you guessed it, a spirit and mouse who need to work together to solve puzzles and advance through the story. A demo is available right now, but on Steam. The game is planned to launch sometime in 2022.

This farming life sim and adventure game that has you playing as a cat who must tend to his little farm and the animals that live there. It releases sometime in 2022.

A Little to the Left

This puzzle game has you sorting, stacking, and organizing items. But watch out for that cat who will try to mess up your work. It’s slated to come out in Q4 2022.

This is a procedurally generated game that allows you to explore, farm, and craft. It’s expected to launch sometime in 2023.

Solve puzzles and interact with other animal players while playing as Wes the Coyote. A calamity befell the village in this fantasy game and it’s up to you to figure out what happened. It’s slated to come out sometime this year.

Play as a young woman named Mimi who goes on a trip to visit the house of her recently deceased grandmother. It’s currently set to release sometime in 2023.

A rhythm gaming about exploring dreams with over 20 minigames. It’s set to come out in September 2022.

These games were shown in rapid succession. Anything with an asterisk (*) is something that developers have stated that they hope to bring to Switch. Games marked (**) are slated for console but haven’t specifically stated if they’re coming to Switch.