Cost-conscious media producers, developers, graphic artists, and other users who want speed on a budget will get what they need from the 13-inch MacBook Pro–but they’ll still be better off picking a different model.

It does leave an impression, but it’s not a jaw-dropping, awe-inspiring one. Maybe that’s unfair because after all, following the originator of the Mac rebirth is a tough task. And the new 13-inch MacBook Pro does offer better performance than its M1 predecessor.

What tempers the enthusiasm for the new 13-inch MacBook Pro is everything else about it–besides the M2, it’s the same laptop as its predecessor. It’s a good laptop, but when you look at the other MacBooks in Apple’s lineup that have gotten new enclosures and fancy eye-popping new displays to accompany their new chips, it’s befuddling to see the 13-inch MacBook Pro still sporting a years-old design.

This review takes a look at the new 13-inch MacBook Pro with the following specifications:

The marquee feature of the new 13-inch MacBook Pro is the M2. Its CPU architecture is based on its predecessor, the M1, with an 8-core CPU, but the four performance cores and four efficiency cores have improvements that enhance performance. We have an article that examines the key differences between the M1 and M2 if you’re interested in diving into the details.

Naturally, we benchmarked the new laptop and compared the results to its predecessor, but we also took a look at how it compares to the 2020 M1 MacBook Air and the 14-inch MacBook Pro with an M1 Pro SoC. Here are the specs for those MacBooks:

Before we take a look at the benchmarks, this one important point needs to be made: the MacBook Air in our testing here is, as noted in the spec table, the M1 model released nearly two years ago. Apple announced an M2 MacBook Air at the same time they revealed the 13-inch M2 MacBook Pro–in fact, the M2 Air was the marquee hardware announcement during the WWDC 2022 keynote, and the M2 MacBook Pro got a “by the way”-type mention. The Air won’t be available until July and we hope to review it soon.

When it comes to performance claims, Apple doesn’t usually exaggerate its numbers. The company claims an 18 percent improvement in general CPU performance for the M2 over the M1, so to test this we used Geekbench 5, a popular benchmark for gauging a system’s overall performance. In the multi-core CPU test, we are able to confirm Apple’s 18 percent claim. The single-core CPU test showed a lower 13 percent increase for the M2.

Cinebench R23 performs 3D modeling and is a multi-threaded test that puts constant stress on the CPU and is not intended to gauge performance bursts. The more cores a CPU has, the better. In the Cinebench Multi-Core test, the M2 MacBook Pro posted a 12 percent boost over the M1 MacBook Pro. And the M2 MacBook Pro is 8 percent slower than the 14-inch MacBook Pro with the M1 Pro.

We have to wait and see how the M2 13-inch MacBook Pro and the MacBook Air compare with sustained CPU activity, like that in the Cinebench R23 test. But we’ll probably see a similar difference that we saw with the M1 laptops.

One of the CPU enhancements that Apple made to the M2 is an upgrade to the chip’s media engine. It does a better job of encoding and decoding audio and video, and the results of our iMovie tests show a great improvement. The media engine includes acceleration for ProRes video and we saw a drastic change when exporting a 4K video at Best (ProRes) quality: the M2 MacBook Pro exported the video in nearly half the time of the M1 MacBook Pro. When exporting the same video at High quality (not ProRes), the performance was practically the same.

On the same video file, also we timed how long it took to stabilize shaky video. The M2 MacBook Pro cut the time it took for the M1 MacBook Pro to process by 19 percent.

The M2’s media engine is the same as the one found in the M1 Pro/Max, but the 14-inch MacBook Pro in our testing has a lot of other components to help it zoom past the M2 MacBook Pro, such as more CPU cores (and more performance cores), more RAM, and more memory bandwidth.

To further gauge CPU performance, we used Handbrake to encode the Tears of Steel video from 4K to a 1080p H.265 file. When doing the encode completely in software, the M2 and M1 MacBook Pros finished at the same time. Handbrake has a setting called H.265 VideoToolBox, which takes advantage of available hardware acceleration, and when using VideoToolBox, the M2 MacBook Pro had a 9 percent improvement.

When it comes to the SSD, there’s definitely an improvement in write speed for the 13-inch M2 MacBook Pro’s SSD. In the Blackmagic Disk Test benchmark, we saw a 33 percent increase with the M2. The M2’s read results were the same as the M1.

The M2 MacBook Pro has two more GPU cores than its predecessor, so there’s no surprise that it’s faster. Apple touts a 35 percent increase in speed, and our Geekbench 5 Metal results were a couple of points better with a 37 percent boost. In Geekbench 5’s OpenCL test, the M2 MacBook Pro had an even bigger boost of 41 percent–but Apple wants developers to use Metal for graphics, and even devoted a good amount of time in the WWDC 2022 keynote to promote the benefits of Metal 3, the update to the Metal rendering engine.

The video game benchmarks we ran involved older games, but Rise of the Tomb Raider and Civilization VI were popular. However, older games mean older graphics implementations. We did see increases in frame rates for the M2 MacBook Pro over the older M1 laptops, but we want to see what kind of frame rates we’ll get with games using Metal 3.

When the M1 was released, a lot was said about its power efficiency and the long battery life of the 13-inch M1 MacBook Pro. The new M2 is faster than the M1, but even Apple’s own benchmarks show that the M2 uses more power, though it’s still much more power-efficient than other CPUs out there.

Apple claims 20-hour battery life for movie playback in the Apple TV app, and in our video playback test, it fell short at 16 hours. That’s two hours less than what we experienced with the M1 MacBook Pro, but it’s still six hours more than what we found with Intel-based 13-inch MacBook Pros from 2019 and 2020.

The 13-inch MacBook Pro ships with a 67W power adapter with a single USB-C port. If you’re looking at Apple’s new 35W Dual USB-C Port Power Adapter or a 35W Dual USB-C Port Compact Power Adapter (both are $59 each) so you can charge two devices at the same time, know that Apple doesn’t list the MacBook Pro as a compatible device–the only laptops listed are the MacBook Air (2018 and later) and the 12-inch MacBook that was last sold in 2017.

The 13-inch MacBook Pro doesn’t have MagSafe, which is on the new MacBook Air and the higher-end MacBook Pros. That’s unfortunate because that means you have to use one of the two USB-C ports on the laptop to charge. If you need to use both of the ports for external devices and you need to charge, you have to disconnect one of the devices. It’s a good idea to get a USB-C hub, and we have some recommendations.

If you’re looking for a multi-port power adapter, we highly recommend going with a third-party one–they’re more affordable, smaller, and have more features. For example, the Anker 736 Charger is $80 (available on Amazon), so it’s more expensive than Apple’s dual-port chargers, but it’s a 100W charger with three ports. Its laptop port charges at 100W when only a laptop is connected, at 60W or 80W when another device is connected, and at 40W when all three ports are in use. Plus, it’s smaller than Apple’s 67W charger.

Everything else is the same as before

Earlier, I said that the M2 SoC is the marquee feature of the new 13-inch MacBook Pro. Actually, it’s the only new feature of the new 13-inch MacBook Pro other than Spatial Audio support and a slightly better headphone jack. It’s not an exaggeration to say that Apple simply took out the M1 and replaced it with the M2, and voilà–new laptop. But here’s the thing: back when Apple released the M1 MacBook Pro in 2020, it did the same thing. It took the Intel infrastructure out of the 13-inch MacBook Pro and placed the M1 inside it. Essentially, the M2 is in a laptop body that has been in use since 2016 (not counting the whole keyboard debacle as a design change).

The keyboard and display are the same as before, and they’re still good quality components, but the M2 MacBook Air now has a Liquid Retina display that’s bigger (thanks to smaller bezels). The laptop still has only two Thunderbolt/USB 4 ports on the left side, and a headphone jack on the other side. And you still get the Touch Bar, the LCD touch input strip that sits at the top of the keyboard where the function keys usually are.

Should you buy a 13-inch MacBook Pro?

Throwing a wrench into the buying considerations for the M2 MacBook Pro is the upcoming M2 MacBook Air. We haven’t seen it yet, but by the looks of it, its specs, and its price, the MacBook Air could be a better buy.

We have a couple of articles that cover why you should wait for the MacBook Air before deciding. Lloyd Coombes covers the key differences between the two laptops, and Jason Snell examines why the M2 MacBook Pro even exists at all. But in a nutshell, here’s why the MacBook Air is a better choice:

And here are the reason why the 13-inch MacBook Pro is the laptop for you:

While we haven’t seen the M2 MacBook Air yet, if history is any indication, then the 13-inch MacBook Pro will continue in its role as a lower-priced laptop made for handling sustained CPU-intensive tasks for users who find the $1,999 14-inch MacBook Pro M1 Pro too expensive. Cost-conscious media producers, developers, graphic artists, and other users who want speed on a budget will get what they need from the 13-inch MacBook Pro–but they’ll look at the other Mac laptops longingly. 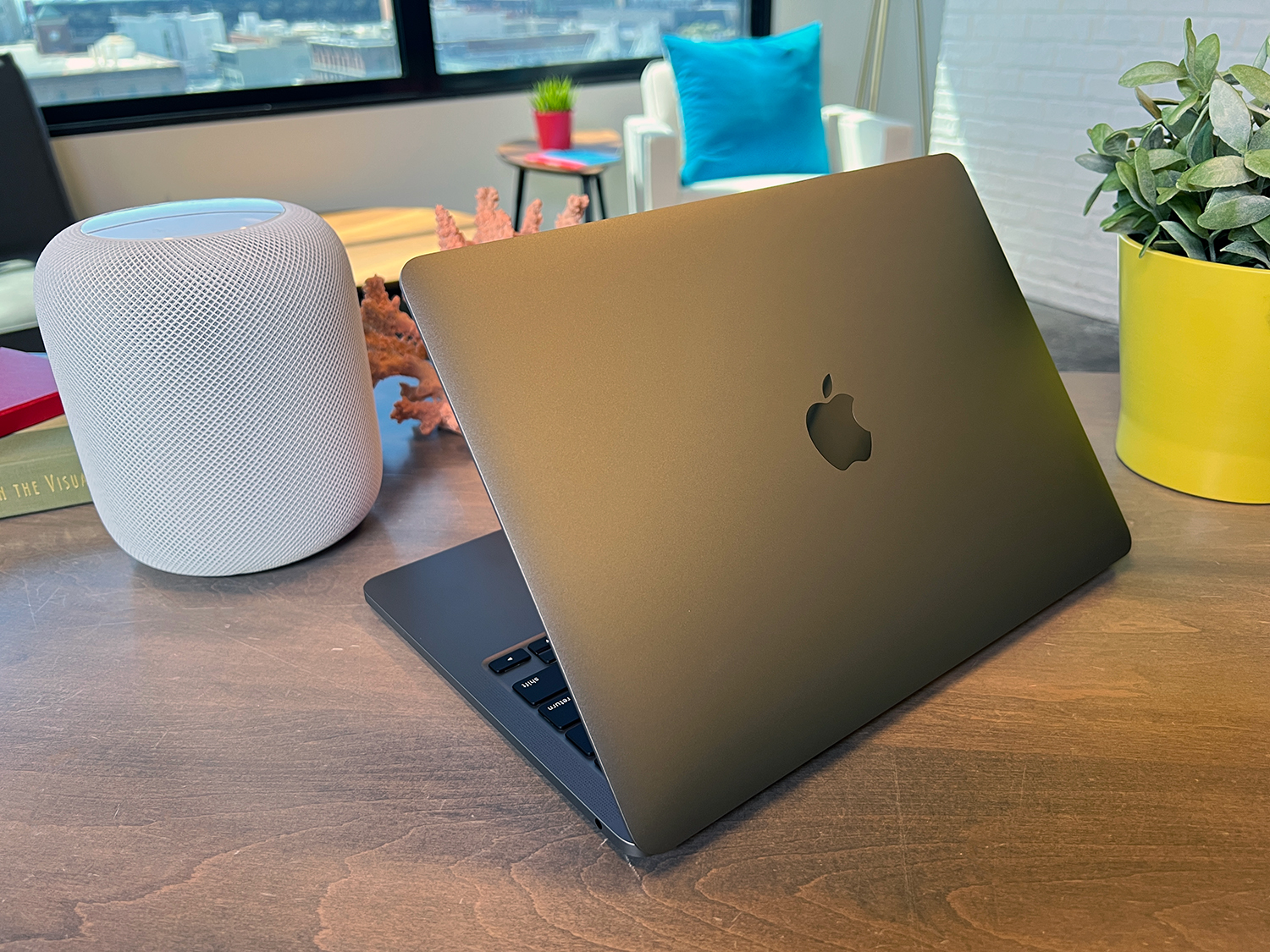