There’s a lot of confusion out there about what you actually get if you sign up for an Apple TV+ subscription – whether you actually pay or just take advantage of the free year of Apple TV+ access if you purchase a new Apple product.

Part of the confusion may stem from the fact that the content that is part of the TV+ deal resides inside Apple’s TV app – in which you can find lots of other content, some from Apple, some from other suppliers. The main source of the confusion is that some of the shows and movies Apple presents you with in the TV app are free to subscribers, but there are plenty that are not.

A person who searches in the Apple TV app for Secrets of Dumbledore, for example, will then see the option buy or rent. This purchase comes from what was previously known as Apple’s iTunes Store.

An all to common mistake is to assume that by subscribing to Apple TV+ you would gain access to all the content being presented in the TV app. Unfortunately only certain shows and movies are available to Apple TV+ subscribers, the Apple TV app is a (pretty handy actually) way to search for content that is available on the various streaming services

In this article we will explain exactly what is free if you subscribe to Apple TV+.

What do you get with Apple TV+

Unlike Netflix, for example, Apple TV+ is made up only of shows that have been commissioned by Apple. Apple doesn’t include shows and movies that have aired elsewhere. Everything is original.

When Apple launched Apple TV+ there were only a few shows including The Morning Show, See, and For All Mankind, but in the months that have followed more and more shows were added such as Mythic Quest, Ted Lasso and Trying (which are our top picks).

At the time of writing there are more than 60 shows and 18 movies on Apple TV+. We have an article that covers every single show on Apple TV+, along with all the shows (and movies) currently being made for the service. Read: What’s on Apple TV+.

However, when you consider the huge catalogues of content being offered by the likes of Netflix, Amazon Prime, Disney+ and so on, you can understand why people feel like they aren’t really getting much for their money from Apple–even if they’re taking advantage of a free trial. We explain how to get Apple TV for free separately.

Where can I find the shows included in Apple TV+

If you have subscribed to Apple TV+ and want to locate the free content you should go to the Channels section and tap on the Apple TV+ icon. This will take you to the section of the Apple TV app where the subscription content resides.

Why do I have to pay to watch on Apple TV?

If you are here reading this article because you were wondering why you couldn’t watch something on Apple TV without paying Apple you aren’t alone. A lot of people have this question. As we explained above the only content that is included in the Apple TV+ subscription right now is the Apple original content that we discussed above.

It’s no surprise that people make this mistake though, given that Apple’s TV app showcases Movies and Shows that you have to rent from Apple if you want to watch them.

You can rent or buy movies this way, but with the wealth of content available from Apple’s competitors why would you want to?

In fact, the beauty of the TV app is the fact that if there is a movie you want to watch you can use the TV app to find out if it is available on any of the subscription services for free.

If the movie you want to watch isn’t available for free anywhere else you might choose to rent or buy it from Apple. Alternatively you might choose to download from Amazon Prime, where you can find many of the same movies, though Apple often trumps Amazon for quality.

Apple TV+ shows you can watch for free

You can watch all these show pilots for free.

What I can watch for free on Apple TV

This question isn’t as simple to answer as it could be. Basically the confusion is caused by Apple having three different products with the name Apple TV: the Apple TV hardware (rumoured to be due an update), the TV+ subscription and the TV app. We’ve already said it once, but seriously, it’s no wonder people are so confused.

In a nutshell, here’s what you can watch on the Apple TV or in the TV app on your iPhone, iPad or Mac:

You can use the TV app to find where content is available so that you can decide to watch it in the relevant app on your device. (On a Mac running Catalina or later you will find the Apple TV app, but you may find the choice of content to be more limited due to the limited number of streaming apps on the Mac.)

One of the benefits of the Apple TV app is that if you happen to have a Disney subscription and search for Frozen Apple won’t try to get you to rent it, instead it will let tap play and watch it in the Disney+ app.

Similarly if you search for Modern Family you can see how much it costs to rent an episode from Apple, but if you scroll down the page to the How to Watch section you can see that it’s available on Amazon Prime and you can tap through to watch it there.

If you are a student here’s how to get Apple Music for half price, which for a limited time includes Apple TV+. 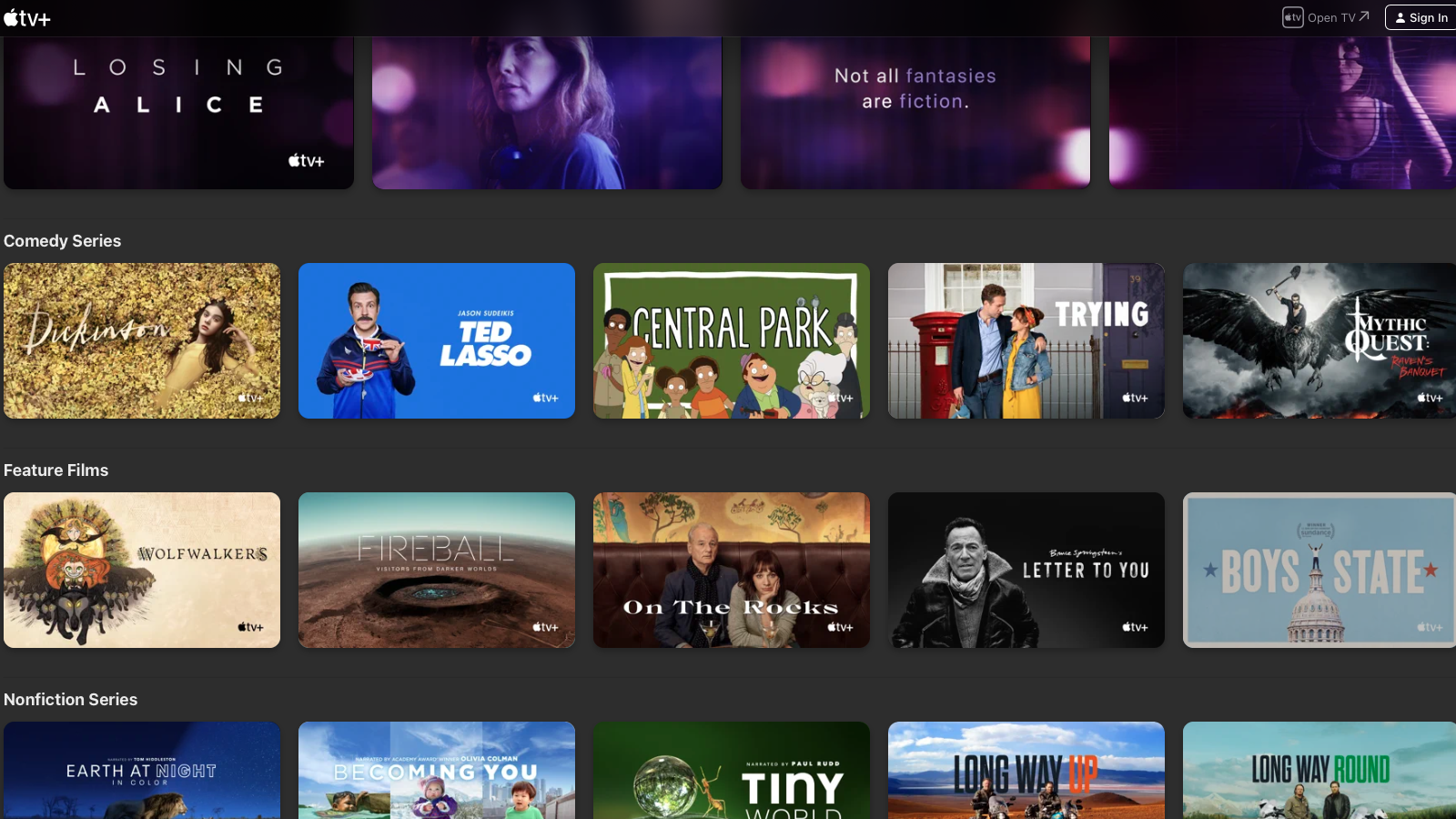 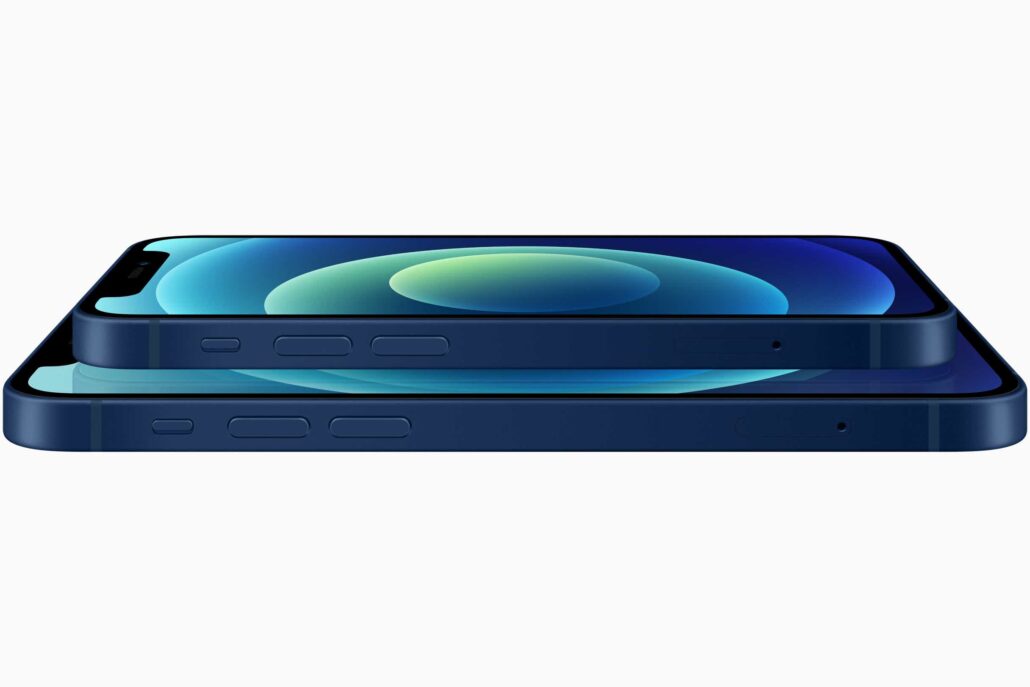 Any individual Apple product is typically quite good on its own merits. A MacBook, iPhone, or pair of AirPods will stack up well against any…