If you’re looking to get one of the new third-generation Apple TV 4K set-top boxes, we recommend springing for the 128GB model. Not for the storage space–64GB is more than enough when streaming apps are so small and the gaming experience on Apple TV is so mediocre–but because the 64GB model lacks Ethernet and Thread networking. It’s worth paying $20 for those things and double the storage, whether you need it or not.

But it appears that even if you pay a bit more for extra storage, you kind of don’t get it yet. As first noticed by FlatpanelsHD in its review, a bug in tvOS 16.1 prevents new apps from being installed once the used storage exceeds 64GB. If you have a 128GB model, you can fill it up with apps and games until you pass 64GB, after which you’ll get the error: “The app can’t be installed because there isn’t enough space. Delete one or more apps or manage your storage in Settings.” The site says this bug has not been fixed in the latest beta of tvOS 16.2.

We confirmed the site’s findings, loading up our 128GB Apple TV 4K with the biggest games we could find until we passed the 64GB mark. (As an aside, it is not easy to see how much total space you’ve used on your Apple TV. A third-party app is required, if you don’t want to manually add up app sizes in Settings > General > Manage Storage.) Sure enough, as long as we had more than 64GB full, we got an error message when installing any new app of any size.

There’s a bit of a workaround if you’re really in a pinch. You can queue up downloads when below 64GB and they will complete, potentially taking your total used storage well beyond that limit. The error only seems to come up when you initiate a new download while storage is above the 64GB mark.

We still recommend the 128GB model, as the storage was never the point of spending the extra $20, the additional networking support is, and most users are not likely to run into this problem anytime soon. Still, it’s a pretty egregious bug and one Apple should fix quickly. We expect tvOS 16.2 to be released sometime in December, so there’s still plenty of time for Apple to get a fix in. 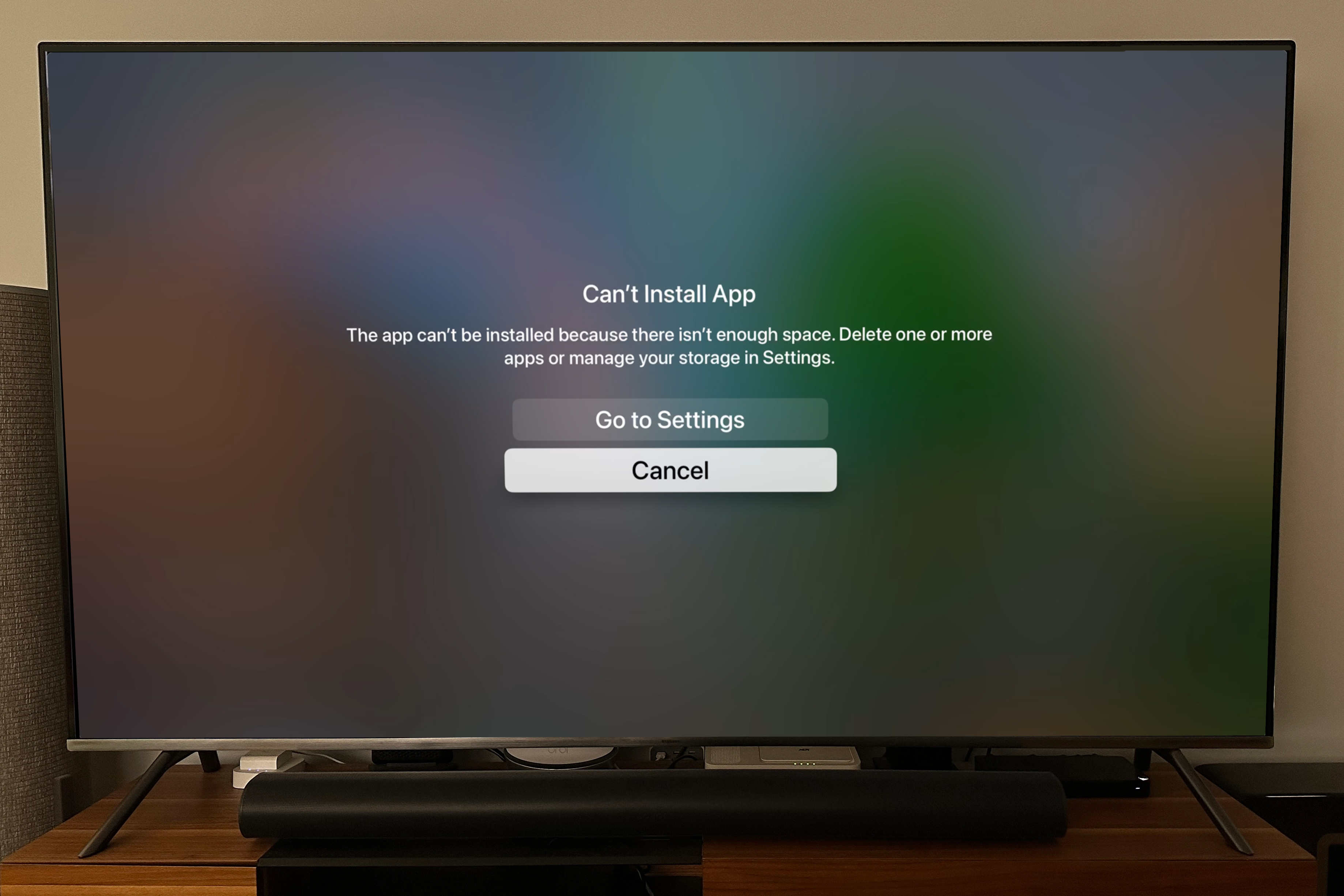