Apple has released iOS 16 to all iPhones 8 and later and one of the best new features is the ability to either edit or recall messages that have already been sent. Not only could this save you embarrassment when calling a work colleague an accidentally amorous name, but could also give you a way out if you send the wrong person the wrong message. Here’s how to edit or recall sent messages on iPhone.

How to unsend a message

To recall a message, it needs to be an iMessage in a blue bubble. Tap and hold on the sent text bubble until you see the options menu appear. Select Undo Send and the message will be deleted from the recipient’s feed as well as yours.

This feature is only available for up to 2 minutes after the message was sent, though if you want to recover a message deleted in this way, you can do so up to 30 days from the time when it was unsent.

If you find that you’ve sent a message that’s got an embarrassing misspelled word, all is not lost. The new iMessage editing feature in iOS 16 can be a lifesaver.

Simply long-press on the sent message and wait for the options menu to appear, just like with the Undo Send feature above. The one you’re after this time is Edit. Tap this and you’ll be able to interact with the text in the message.

Highlight the unwanted word or words, replace them with what you meant to say, and the text will be corrected. For full disclosure there will be a notification under the bubble that says Delivered – Edited. Both you and the recipient can tap on this to see prior edits.

One thing to note: You can only edit a message within 15 minutes of sending it, and you can only make five edits to a single message before the option disappears. More than that and you’ll just have to send a follow-up text with an apology.

Will it work on iPhones that aren’t on iOS 16?

Ideally, the recipient should also be running an iPhone with iOS 16. If they are, editing of sent messages will work as described. But if you try to edit a message sent to someone on an older version of iOS (or even an Android user participating in a group iMessage chat), an entirely new message prefixed with “Edited to” followed by the new message, while still leaving the original, potentially embarrassing, message in the recipient’s inbox. 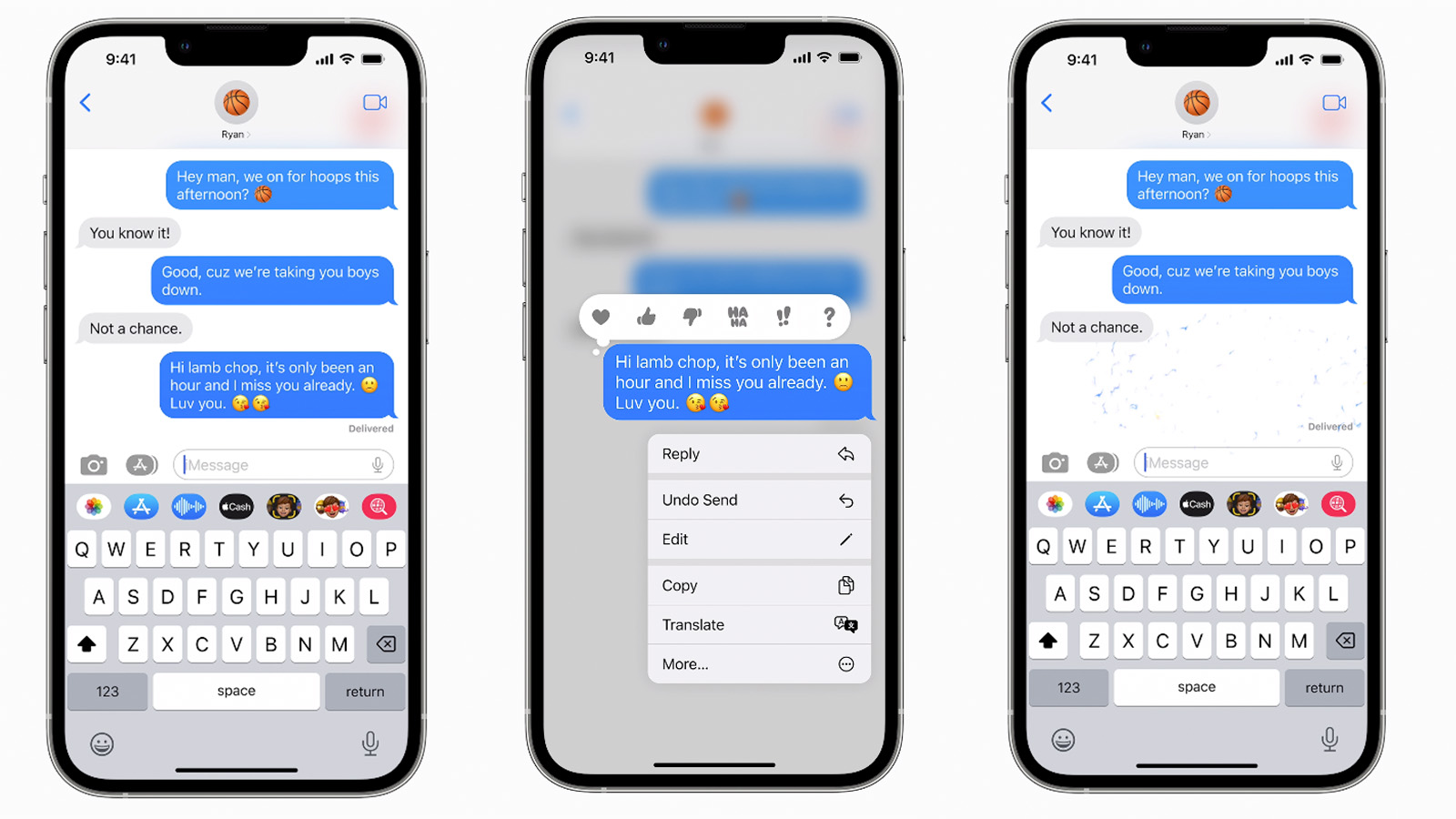