Stage Manager is a new feature in macOS 13 Ventura for organizing your windows. If you work in several applications at a time, Stage Manager can be used to easily switch between apps and documents, saving you from the headache of finding the window you need.

It’s easy to set up, but it’s a big change from what we’ve been using for decades on the Mac. Here’s everything you need to know about the Mac’s newest navigation and multitasking method.

You can turn on/off Stage Manager in the Control Center, but you can also activate and customize it in System Settings. Here’s how.

Open System Settings and select Desktop & Dock in the left column. In the main section of the window, scroll down until you find the Stage Manager section. Click the switch to turn on/off Stage Manager. When you turn it on for the first time, a pop-up window explains what Stage Manager does. You need to click the Turn On Stage Manager button to confirm that you want to turn it on.

Click Customize to adjust how Stage Manager appears. There are three settings here:

On the left side of the screen, apps are sorted as thumbnails. When you launch the first app or have only one app open, it’s active on the screen and there’s no thumbnail. That app becomes a thumbnail when you launch another app. Launch more apps and more thumbnails are made until there are five. When there are more than five apps open, the most recently used apps are thumbnails and if you quit one of those apps, one of the not shown apps takes its place on the thumbnail row.

Clicking on the thumbnail opens the window on the screen. If you have multiple windows of an app open, how they appear depends on the setting you can customize in System Settings > Desktop & Dock > Stage Manager > Customize. (See step 2 above.) Apple offers two options: All at Once (displays all the app’s windows stacked on the screen at the same time) or One at a Time (displays only one window from the app and when you click the other app window’s thumbnail on the left, the currently displayed window switches with the thumbnail you clicked).

You can create groups of windows that go together for your workflow. For example, if you’re writing a research paper, you can have Pages, Safari, Dictionary, and the Notes apps open, and you can group them together by dragging each thumbnail to the center of the screen. When all the appropriate windows are on the screen, click on a thumbnail in Stage Manager, and a group of the apps on the screen is automatically created. Then when you click on the group thumbnail, those app windows appear on the screen.

Stage Manager can be set so the thumbnails hide on the left side of the display instead of always appearing on the screen. You can turn the strip off in System Settings > Desktop & Dock > Stage Manager > Customize > Recent Applications. Turn the switch off if you want the thumbnails to hide.

For more information read all about the best features coming to macOS Ventura and how Ventura compares to Monterey. 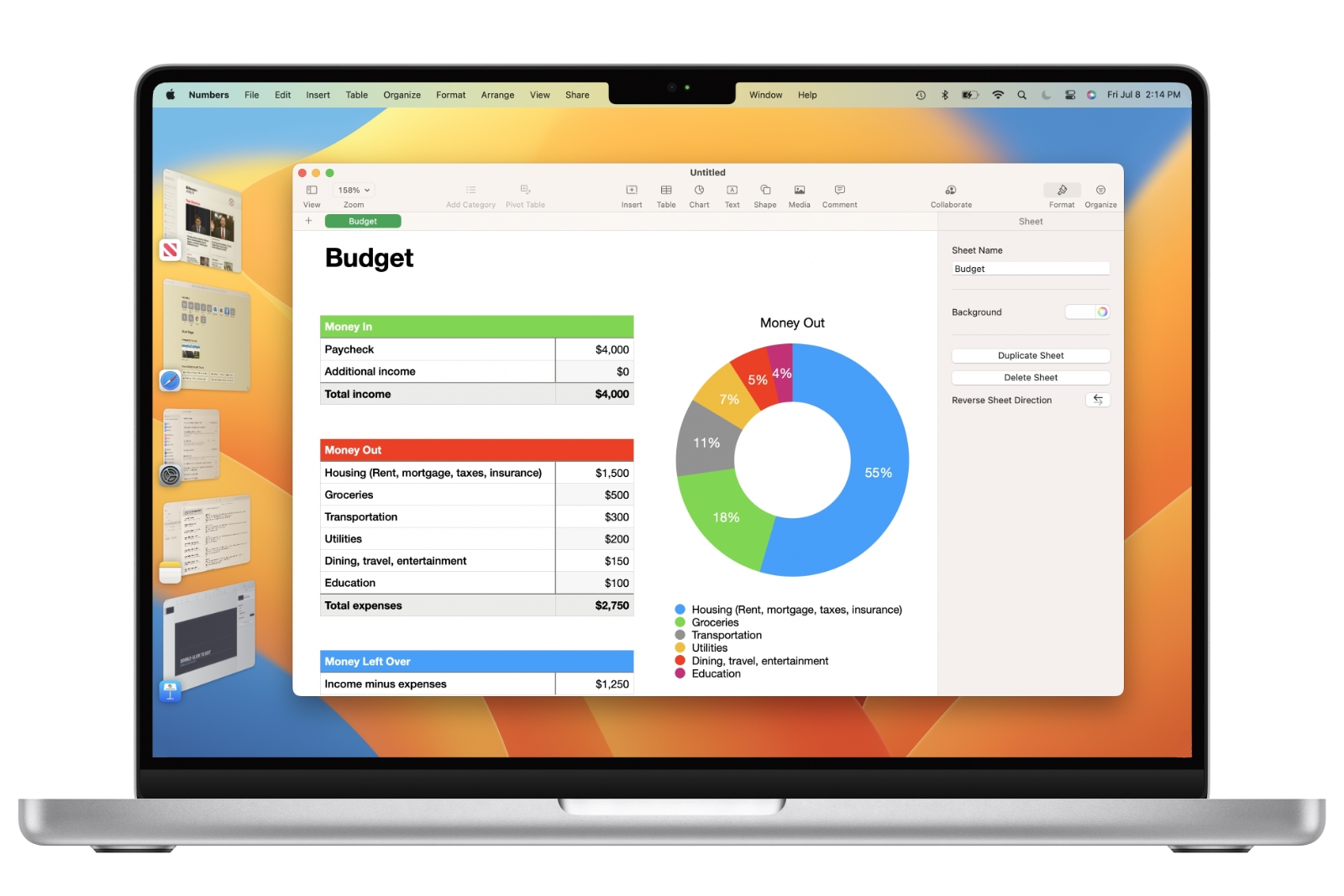