That seems to be it for 2022, give or take a few TV shows, game and app updates expected in December, but Apple has many more new products in the pipeline, including some that are expected to arrive in the first quarter of 2023.

What Apple released in 2022

What new Apple products are coming in 2023?

In the sections below we’ve spilt products into categories including Mac, iPad, iPhone and some new product categories. Read on to find out what to expect.

You may also like to read about Apple’s Events for 2023.

It’s now about two and a half years since Apple revealed, in June 2020, that it would be transitioning all its Macs from Intel processors to its own silicon within two years. Apple’s already updated many of its machines, including the MacBook Air, Mac mini, 24-inch iMac, 13-inch MacBook Pro, 14-inch and 16-inch MacBook Pro, and launched the Mac Studio. Plus at WWDC in June 2022 Apple introduced the M2 chip in the MacBook Air and 13in MacBook Pro. Read Everything you need to know about the M2.

That still leaves the following Macs in need of an Apple silicon update. Here’s what we’re still expecting to arrive:

In a December 2021 Power On newsletter, Bloomberg’s Mark Gurman indicated that there will be two new Mac minis coming in 2022. Alongside the M2 Mac mini, which surprisingly didn’t launch alongside the M2 MacBooks, Apple is said to be working on a new Mac mini with M2 Pro that will replace the Intel-powered Mac mini model that Apple kept in the line up. This new Mac mini didn’t arrive in 2022 after all, but it looks certain for 2023.

If the Mac mini gains an M2 Pro chip the 14-inch and 16-inch MacBook Pro are likely to follow suit.

A M2 iMac–and we hope an M2 Pro iMac–could/should be in the pipeline at Apple. Perhaps even the revival of the iMac Pro.

Work is said to be underway on the Apple Silicon Mac Pro, which could feature an M2 Ultra or even an M2 Extreme.

Read more here: The next Mac Pro: Everything we know.

Rumors of a larger MacBook Air have been circulating for some time and 2023 could be the year we finally see a bigger MacBook Air.

We got a peek at iPadOS 16 at WWDC and the final version of iPadOS 16 is expected in October (read about what could be coming in iPadOS 16). Here’s the new hardware we expect to arrive alongside the OS update:

The arrival of a new set of iPhones in September 2023 is highly likely, but will other new iPhones arrive earlier in 2023?

The iPhone 15 (and Plus, Pro and Pro Max) is likely to arrive, like clockwork, in September 2023.

This is a long shot, but a few years ago now there were rumors that Apple could launch a bigger version of the iPhone SE Plus – which would mean that those who want a big iPhone and a Home button would have an option.

Read about the iPhone SE Plus

If Apple was never to innovate away from the products it makes right now it could be left behind as technology progresses. It’s no surprise therefore that the company is working on various new areas. We don’t expect all of these to land in 2023, but rumors suggest that some of them still could arrive sooner rather than later.

Also read: New Apple products that could debut in 2023

This might not arrive in 2022, but we do hope there is some truth in the rumours that Apple is working on a HomePod with a screen. We’ve always said that a screen would make the HomePod infinitely more usable, but perhaps we are the only ones who hate having to talk to our speaker.

A screen would extend the uses of the HomePod beyond audio into visual – so you could watch podcasts and news reports and YouTube videos, but most usefully communicate via FaceTime.

Apple’s made clear its interest in augmented reality, and we may hear more about its plans to make AR Glasses. The rumors suggest that we could see Apple’s AR or VR headset product in 2023. Apple’s upcoming xrOS may even be the start of a whole new ecosystem of devices.

We hope that Apple will show off something at WWDC 2023 in an attempt to get developers to design apps for the new device, but we expecting to see a final product yet.

There are even rumors that Apple could have plans to release a games console – or at least an Apple TV with improved gaming credentials. 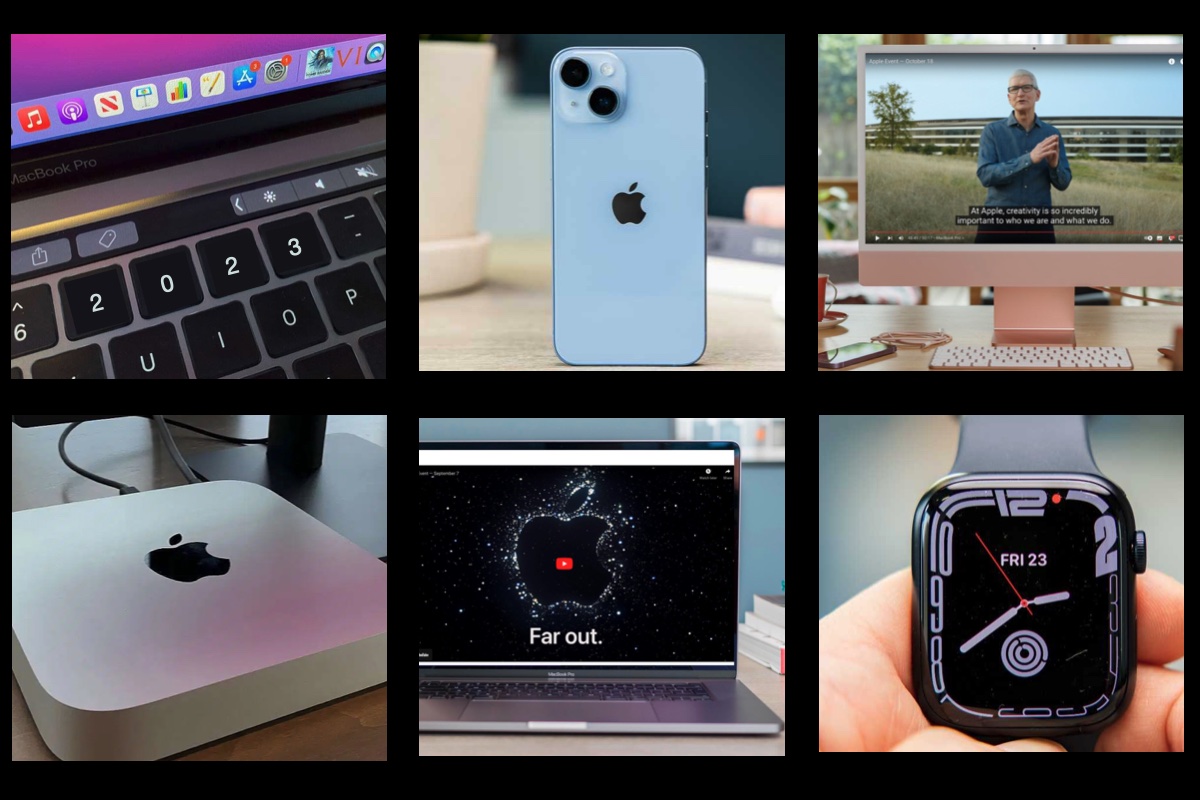