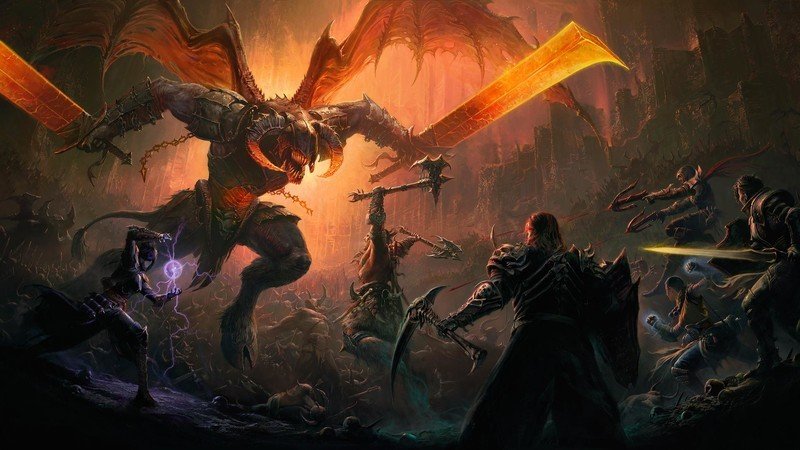 We’re now just days away from one of the biggest mobile gaming releases of the year.

Diablo Immortal, the hotly anticipated mobile entry into the world of Diablo, will debut on June 2nd and Blizzard has shared new details explaining exactly when you can expect to be able to play the game depending on which corner of the planet you live on.

While the Diablo Immortal game will begin to pop up on the App Store on or around June 1, Blizzard says that it won’t be fully launched until a day later. It’s also shared a new map that shows exactly what time you should expect to be able to get your hands on, and then play, one of the mobile gaming world’s biggest titles of the year.

As we prepare to launch Diablo Immortal on June 2 at 10 a.m. PDT for iOS, Android, and PC in Open Beta, some players will see Immortal propagate on the Apple App Store and Google Play beginning the morning of June 1 PDT. This is in part due to the nature of how mobile games rollout and to ensure a smooth full launch for the mobile version of Immortal. To confirm when Immortal will be fully launched for your region on all platforms, please reference the below time map. For time zone conversion assistance, please click here. 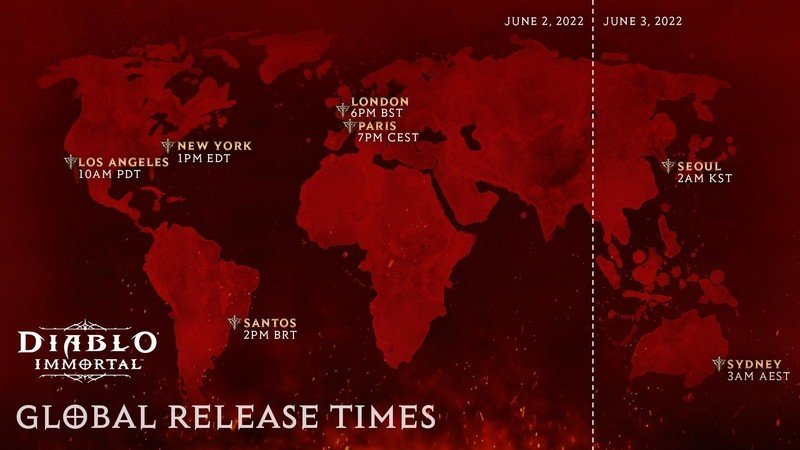 However, those in some Asia Pacific regions will need to wait a little longer — until June 22, to be precise — to give Blizzard time to make sure that it has all of its ducks in a row. Dedicated servers are being brought online to ensure improved connectivity for you folk.

As previously mentioned, Diablo Immortal will launch for PC in Open Beta, Android, and iOS in some Asia Pacific regions on June 22 PDT: including Hong Kong, Indonesia, Macao, Malaysia, The Philippines, Singapore, Taiwan, and Thailand. Immortal will also launch on the same date in Vietnam but for PC in Open Beta only. These regions will receive dedicated game servers to bring players better connectivity and ping too.

Blizzard isn’t giving us a link for the App Store version of the game, so you’ll just need to search for it when it makes its debut in a couple of days. Why not read our full Blizzard Immortal guide between now and then to make sure you’re fully up to speed, ready for the big day?

Be sure to also check out our list of the best game controllers for mobile gaming to get yourself ready for the best mobile gaming experience available!