The biggest shopping day of the year is almost upon us—Black Friday is only a week away. We’ve already seen lots of discounts on Apple products from various Apple resellers, but the real sales won’t start until late Thanksgiving (November 25) and they’ll run all the way through till Cyber Monday (November 28).

If you are looking for a deal on a new Apple product you may be wondering whether to wait for Apple’s Black Friday sale, or to take advantage of a deal from elsewhere.

We’re here to help you find the best deals on Apple products including the Apple Watch, MacBooks, iPhones, AirPods and iPads. You can peruse our individual round ups of the best deals for Black Friday to find a bargain.

But what of Apple? Will Apple hold a Black Friday sale? We wish they would, but unfortunately, Apple’s Black Friday deal is – as usual – a giveaway of gift cards with certain purchases.

Apple has announced that for Black Friday 2022 it will be giving customers Apple Gift Cards with the purchase of eligible Apple products.

Details of Apple’s Shopping Event can be found on Apple’s website.

During the four-day shopping event – which will run from Black Friday to Cyber Monday (November 25-28 this year) customers will be able to ‘save’ as much as £250 on a new Apple product thanks to the gift vouchers that Apple will be giving away. For example, you could purchase a new 14-inch MacBook Pro and use your £250 voucher to get the AirPods Pro 2nd generation for ‘free’.

Unfortunately Apple isn’t offering vouchers with every product it sells. Notably absent are new products such as the iPhone 14 series, Apple Watch 8 and Ultra, iPad 10th generation, and the 2022 iPad Pro models.

Apple will offer gift cards with purchases of the following products:

You can also get vouchers with Beats products:

This year’s deal actually goes a little further than Apple’s 2021’s Black Friday offer. Although that depends on your perspective – you could also think that the Apple’s Black Friday shopping event is somehow worse this year.

In 2021 the biggest Apple Gift Card on offer was for $200/£160, which was the saving offered with the sale of the 27-inch iMac (which has been discontinued).

But, while the discounts on offer are generally a bit better than 2021, Apple isn’t matching the offers from other resellers such as Amazon. You can see some of the best offers we are seeing right now below.

Black Friday 2022: Apple deals you can get right now

Check out these roundups for the best Apple deals

Black Friday officially begins at 12.01am on the day after Thanksgiving, which is November 25 this year. However, many sales begin well before that, as you can see by the deals spotlighted above. The main event runs through the weekend and concludes on Cyber Monday, November 28.

Black Friday 2022: What Apple products will be on sale?

No matter which Apple product you’re looking for, you’ll be sure to find it on sale during Black Friday weekend. But there are a few caveats. We don’t expect to see huge deals on the newest iPads or iPhones unless you have a device to trade in, and the Apple Watch Ultra is unlikely to see deep discounts as well.

But other products should reach all-time low prices. The 14-inch and 16-inch MacBook Pro have been up to $400 off in recent months, so a return to those prices—and perhaps even lower—is likely. The iPad Air and iPad mini have also seen major discounts of $100 recently, so we expect deep discounts on those models too. And of course, AirPods are always among the biggest Black Friday sellers, though we doubt the new 2nd-gen AirPods Pro will see the same massive discounts as last year.

Black Friday 2022: Where to get the best deals

Spotting a good Black Friday deal takes a bit of work but we’ll be doing most of it for you. All throughout Black Friday weekend, we’ll be posting deal roundups and calling out specific sales that are worth checking out. Stay tuned to Macworld as we call out the best—and worst—deals all throughout the weekend. These are the retailers that are most likely to have the best prices:

Black Friday: Should I wait for Cyber Monday to purchase?

While it’s always possible that a better deal is waiting around the corner, if you see a good deal, don’t wait. While Cyber Monday promises impressive deals, prices are usually lowest on Black Friday. Plus there’s always the risk that the Apple device you want sells out and you miss out on the great deal everyone else got. 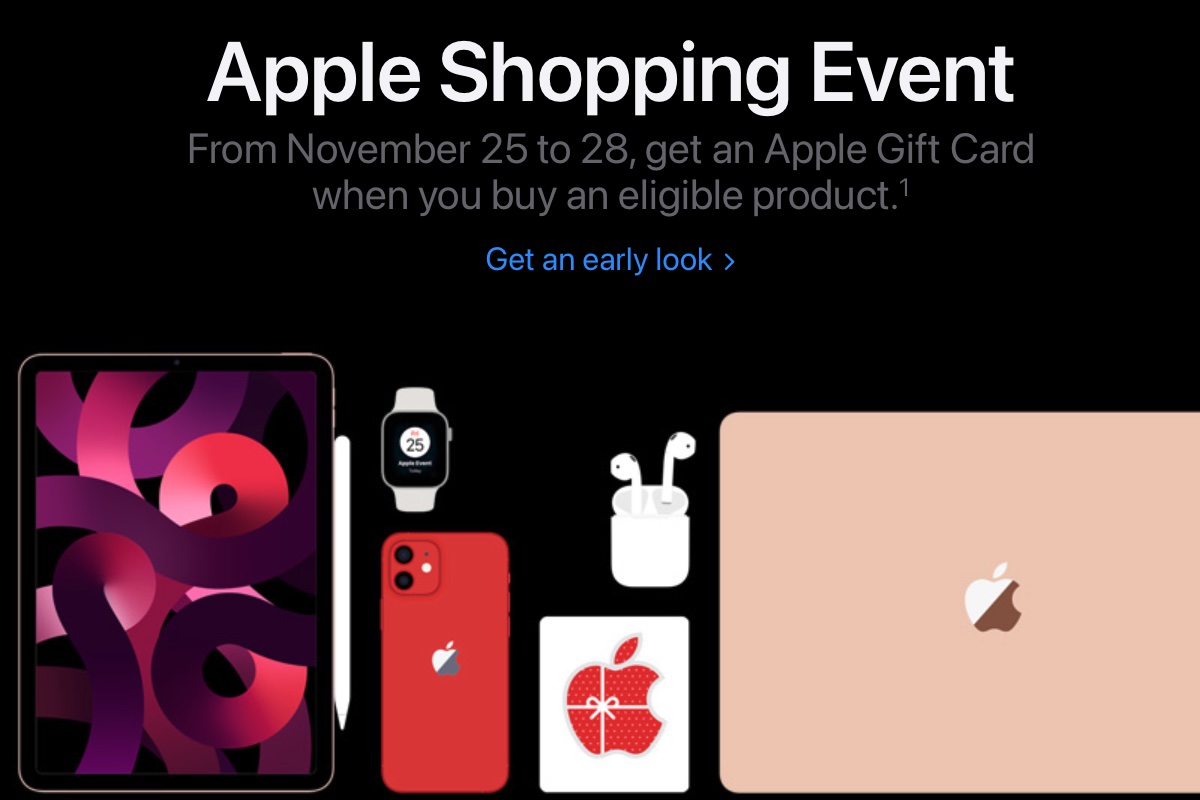