Photoshop, Illustrator, InDesign, Premiere Pro, and Acrobat are well known apps used by creative professionals. There was once a time when all these apps, known collectively as Adobe Creative Suite, were purchased on disc and installed on Macs throughout the creative and publishing industries, but this eventually evolved into the subscription based Adobe Creative Cloud.

In this guide we will explain all the ways you can now buy Adobe’s apps. We’ll explain how much Adobe Creative Cloud costs, what the best way to purchase it is (monthly, annually, or another way), whether you can get it for free, and what happens if you cancel your subscription.

We’ll also include the best ways to save money, how you can use Adobe CC apps without committing to a subscription, and how you can buy the apps, such as Photoshop and Acrobat, separately.

Adobe CC costs £596.33 a year if bought directly from Adobe. You may be able to save some money if you shop around.

The best Adobe CC deals will appear below:

What is Adobe Creative Cloud?

The first iteration of Adobe Creative Cloud arrived back in 2011, offering subscribers the option to pay an annual or monthly subscription for access to the most up to date version of the Creative Suite apps. At first Adobe ran this option alongside Creative Suite, with CS6 launching in 2013, but Adobe eventually discontinued CS6 leaving creative pros with no other option than to subscribe to the software.

There are benefits to both Adobe and its customers with the subscription model: Adobe’s customers will always have the most recent version of Adobe’s software, and Adobe won’t find that most of its customers are still using four-year old versions of its software with no motivation to update to a new version of the expensive software (as was no doubt the case in most offices and studios).

The problem with the subscription model is that pricing can be very complex, added to that is the fact that there are multiple apps to choose from – some of which may not be required by every customer. The Adobe Creative Cloud offering needs some clarification and in this article we will seek to do that.

There are various ways to buy Creative Cloud. You can subscribe to All Apps, Photography Plans with 20GB cloud space and another with 1TB cloud, a Lightroom Plan, as well as options for subscribing to single apps. These different packages will suit different types of users. For example, you may only need Photoshop, in which case you won’t want to pay for all the other apps too.

Once you have decided what software you want, the next choice is how you are going to pay for it. In most cases Adobe offers three different ways to pay. Monthly on-contract, monthly off-contract, or in advance for the year.

The best deals are usually for an annual subscription paid monthly, but this does tie you into a contract and if you cancel you may have to pay 50% of the remaining contract. If you would prefer to be able to cancel at any time then the monthly deal where you pay a bit more, but if you no longer need the software you can cancel, may appeal. This could be a great way to get an app that you don’t need long-term.

Alternatively you may be purchasing licences for a design studio, and therefore will be looking for the best deal for multiple seats. Ib that case you will be looking at the Business contracts, which are offered on a per-seat basis. There is also education pricing that should help if you are studying and specific pricing for education institutions.

When it comes to subscribing to single apps the pricing is usually as follows:

But the best deals are on the bundles, if you need two Adobe apps you might as well subscribe to All Apps as the price is:

We’ll look in more detail at each of the Adobe Creative Cloud purchase options below.

Can I get Adobe CC apps for free?

Adobe might be planning a free version of Photoshop for Mac. The company is currently testing a limited, web-only version in Canada. The free web version that is missing several features but the core features are accessible. Unfortunately, Photoshop on the web works only on the Chrome or Microsoft Edge browsers, if you try to use it on Safari you will only be able to view and comment on existing documents. See: Free version of Photoshop in Canada.

That will be great news if you want a free version of Photoshop, live in Canada, and don’t mind having to use Chrome. For everyone else hoping to get the Adobe app you need for free, there is a free seven day trial, details here.

In addition to this, you can cancel your subscription within 14 days of your order and be refunded. So theoretically you could have a seven day trial, then sign up for Adobe CC, and after two weeks cancel. Which would effectively give you three weeks.

As we said above, if you don’t fancy committing to a year-long contract with Adobe then you can sign up for the more expensive monthly plan that allows you to cancel without having to pay your way out of the contract.

If you do need Adobe’s apps on a long-term basis though, your best bet is to wait for Adobe to do a special offer – which it does from time to time.

For example, on 22 June 2021 it was possible to save an amazing 40% on the All Apps Adobe CC subscription via Amazon. This was the cheapest Adobe Creative Cloud offer we had ever seen. Prime membership was required to get the deal.

How to buy Adobe apps

We’ll run through each of the Adobe apps and explain how you can purchase them below.

If it’s just you looking to use one or all of the Adobe Creative Cloud apps there are individual plans, while if you are a business or education institutial there are plans that are based on how many computers the software is installed on. There is also a discounted student plan. Read on for all the info.

How to buy all the Adobe CC apps

But, if you only need the software temporarily, the best option for you might be to sign up for the more expensive of the two monthly plans since you can cancel at any time.

If you are buying for a business, as a student, or as an education institution the pricing is different:

How to buy Photoshop

Photoshop is arguably Adobe’s most famous app, or at least one of them. Indeed, the phrase to have “Photoshopped” something is a frequently used verb in this modern age of faked photos.

If you want to buy the Adobe Photoshop permanently or temporarily there are a number of options. Two include Lightroom, Lightroom Classic and Photoshop, on desktop and iPad, and either 20GB or 1TB cloud storage. You can also buy Photoshop alone.

The best Adobe Photography Plan deals will appear below:

If you want a cheaper option, we also have advice about the best Photoshop alternatives.

How to buy Lightroom

If you are a photographer then the Lightroom app may be of interest. Lightroom offers some image editing features and presets you can use to add filters to your photos, but it also offers organisation tools to help you store and locate your images.

Lightroom is available as part of the two Photography Plans detailed above, but if all you need is Lightroom then you can purchase the Lightroom Plan.

The best Adobe Lightroom deals will appear below:

How to buy Acrobat Pro DC

Acrobat is another Adobe app that’s pretty well known. There are actually three Acrobat apps though, which can be a cause of confusion with people wondering whether they need to pay for Actobat, and even if they need to buy Adobe Creative Cloud to get Acrobat.

If you are just looking for an app to allow you to read and fill in PDFs, then Adobe Reader should be enough (although you could use Apple’s Preview software to do exactly this). Read: How to edit a PDF on Mac.

PC users get the Acrobat Standard DC version, which is cheaper than Acrobat Pro DC, but lacks some of the features. Both make it possible to create and edit a PDF, but you need the Pro version if you want to do things like convert scanned documents into searchable and editable PDFs, or add audio, video, and interactive objects. Acrobat Pro also works on iPad and iPhone.

Acrobat Reader is free and you can download it here.

If you need Acrobat Pro DC, here’s how the pricing is structured:

If it doesn’t have to be Adobe there are plenty of alternative PDF apps available. Read Best free PDF editors for Mac.

How much do Illustrator, InDesign, Premiere Pro, After Effects cost?

Most of the other apps Adobe groups together under the Creative Cloud umbrella are available separately for a fixed price.

In addition to those we’ve mentioned above, you can get each of the following apps on either a monthly or an annual plan:

As we said above, if you don’t want to sign up for a one-year contract, the best option is to choose the monthly plan that you can cancel at any time. Alternatively, if a week is all you need then the seven-day trial might be an option, details here.

Adobe also offers a few apps at a lower price, these include InCopy and Premiere Rush.

If you hoping to get Premiere Pro for free you can’t, but Premiere Rush might be able to do what you need – it’s offers basic features and functions. Alternatively, have a look at our round up of free and cheap Mac video editors.

There are also various Substance 3D options, that combine 3D and AR apps 3D Painter, Designer, Stager and Sampler in a bundle.

Finally, you can also sign up for Adobe Stock, which is Adobe’s royalty-free image, graphics, 3D assets and video library.

How many computers can you use a licence on

Once you have subscribed you can install the software on two computers. So, if you have Photoshop in the office you are able to also have it on your computer at home.

What you can’t do is run the software on both computers at the same time – but you can, at least, still be signed in on your work computer.

In fact, you can install the software on more than two computers, but if will only work on the third computer if you aren’t signed in on one of the others.

Once you are subscribed to Adobe CC – or the individual apps, you will be able to download them from Adobe’s website here.

There is a 14 day period after purchasing your Creative Cloud subscription when you can cancel and be refunded.

As we explained above, if you are likely to want to cancel your subscription within a year then you would be wise to choose the monthly payment plan that doesn’t mean you will be locked into a contract for a year. The price is more, but you won’t have to pay Adobe anything to break the contract.

If you choose a monthly plan that is based on an annual contract then you may have to pay 50% of what you still have left to pay Adobe on cancellation of the contract. So, if you were to cancel after four months you would potentially have to pay half of what you would owe for the next eight months. 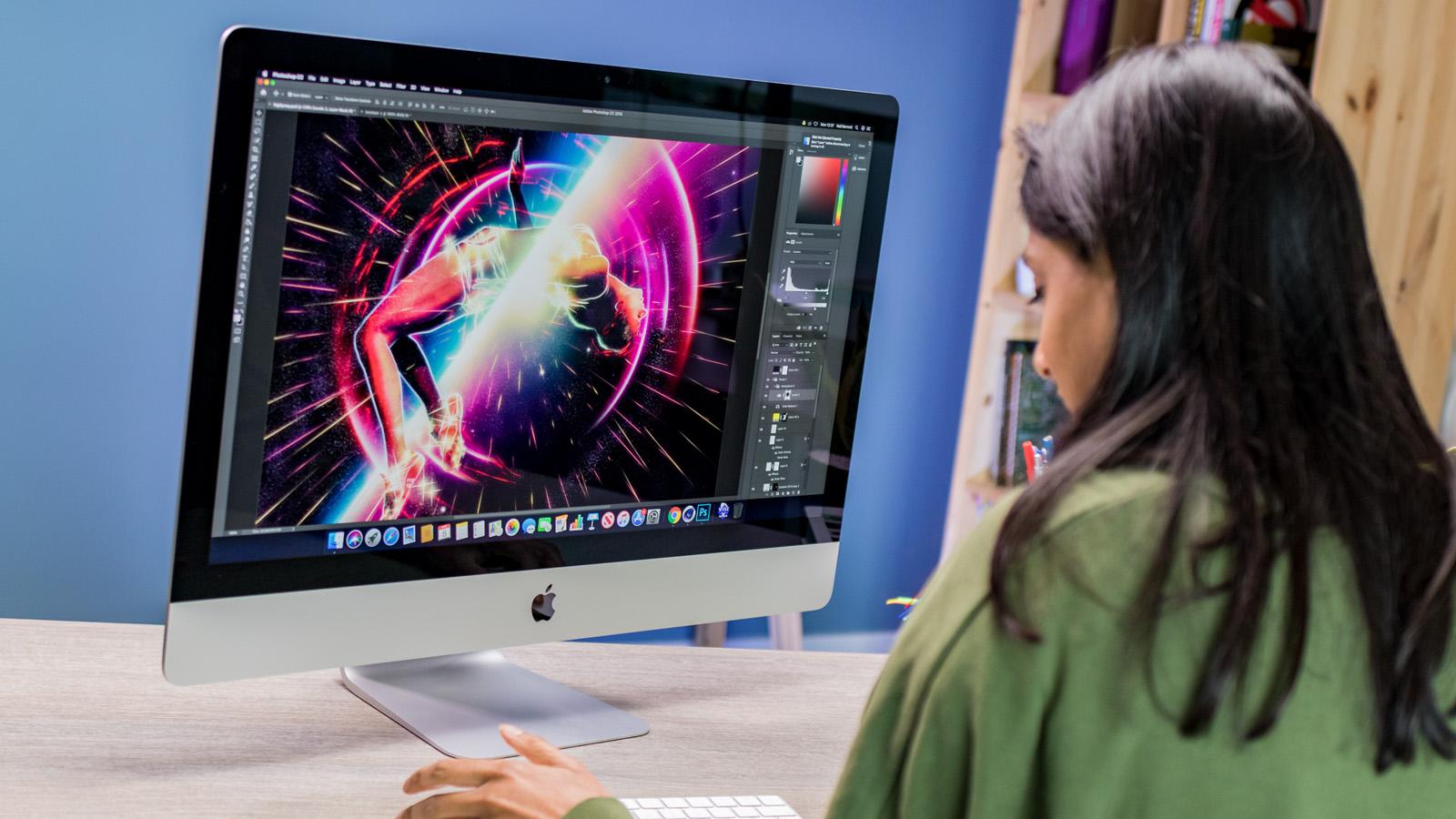