The redesigned MacBook Pro has everything to make a Mac user happy. I called the 14-inch MacBook Pro, “a truly satisfying laptop” and said, “it can now wear the crown of the professional’s choice without hesitation.” It’s perhaps one of the best laptops Apple has made in the past 15 years.

But it’s been nearly ten months since I wrote that review, and the sheen has figuratively worn off. While I still have no qualms about recommending the MacBook Pro to users who demand the most from their Macs, I can’t help but think about what I’d like Apple to update on the MacBook Pro to make it even better than it is now. Here’s a list of features I want to see come to the next MacBook Pro.

I’ve been on the road a lot recently, and I’ve been staying at hotels, making my way through airports, and finding myself in unfamiliar territory. One constant that I experienced throughout my journeys is spotty Wi-Fi. You simply cannot count on public Wi-Fi to be available or provide a good connection.

A MacBook Pro with 5G would provide a connectivity option when the Wi-Fi isn’t reliable. Sure, I could use my iPhone 13 Pro Max as a hotspot, but then I’m taxing two batteries instead of just the laptop’s. Apple doesn’t have to make it part of the standard configurations; it can be an option that costs extra, like with the iPad.

We’ve gone on and on about Apple’s FaceTime cameras in its laptops, so I’m not going to get into its flaws in great detail here. Essentially, its image quality and feature set is not worthy of a pro laptop. What we want to see from a new FaceTime camera is support for 4K video, better color quality, better clarity, improved handling of low-light situations, and Center Stage.

The iPhone’s front-facing camera is much better, and we’ve suggested before that Apple should just take that camera and put it in the MacBook Pro. However, the current thinness of the laptop lid may not make this feasible, so why not make the lid a little thicker?

Apple’s way to address the problem is a new Continuity Camera feature in macOS Ventura and iOS 16, where you can use an iPhone as a Mac webcam. But Continuity Camera isn’t really a solution, it’s a workaround. Upgrading the camera hardware is the real solution–and it could also allow Apple to implement the next feature on this list.

Touch ID is fast and works well, and it’s much better than typing in passwords. But then I pick up my aforementioned iPhone 13 Pro Max, and Face ID does its thing whenever a password is required, and it’s almost a seamless experience. How great would it be to have the same Face ID experience on the MacBook Pro?

Face ID doesn’t have to replace Touch ID–let’s have both! Maybe it’s overkill, but it could be made available only on the MacBook Pro. Since the new Passkeys security feature in macOS Ventura’s Safari requires biometric authentication, maybe you could have the option to make some Passkeys activate via Face ID only, and others via Touch ID only–mix it up a little to keep hackers guessing.

An even larger trackpad

There’s nothing really wrong with Apple’s laptop trackpads. They feel great, they’re reliable, and they’re durable. Okay, there is one thing wrong with it on the MacBook Pro: it could be larger.

A larger trackpad would make it easier to use when the display is set to higher resolutions, or when you need to do on-screen maneuvering that’s a little more complex than usual, such as drag and drops in a media editing app, using an app’s selection tool, and more. There’s enough room on the sides of the trackpad to enlarge it without infringing on the space where your wrists rest for typing. It doesn’t have to be a dramatic increase—even a quarter of an inch total would make a big difference in usability.

Apple could do something similar to Dell’s XPS 13 Plus, which doesn’t have a visible trackpad below the screen—imagine if like 80 percent of the area below the keyboard was a multitouch surface?

The return of the Touch Bar

I’ve said before that I am not a fan of the Touch Bar, but a lot of Macworld readers let me know that they are. That could just be a very loud vocal minority, but there are Touch Bar fans out there, and despite my dislike for it, I do understand how it can be useful.

So why not make a 14- and 16-inch MacBook Pro with a Touch Bar? Embrace it (to a certain extent) and make it part of the Pro lineup, not just a stray feature that’s on the outdated 13-inch MacBook Pro. Give the user the choice between Function keys or, for an extra fee, a Touch Bar.

The Touch Bar is very helpful when it provides autofill options and predictive text, similar to what you find when typing on the iPhone. There’s also a feature that the Touch Bar does that I wish the 14- and 16-inch MacBook Pros could do in a similar way: the Touch Bar points to the Touch ID button when Touch ID is being called for by an app or macOS. And while we’re on the subject: It would be cool if Apple could figure out a way to make the area around the Touch ID button light up, too. 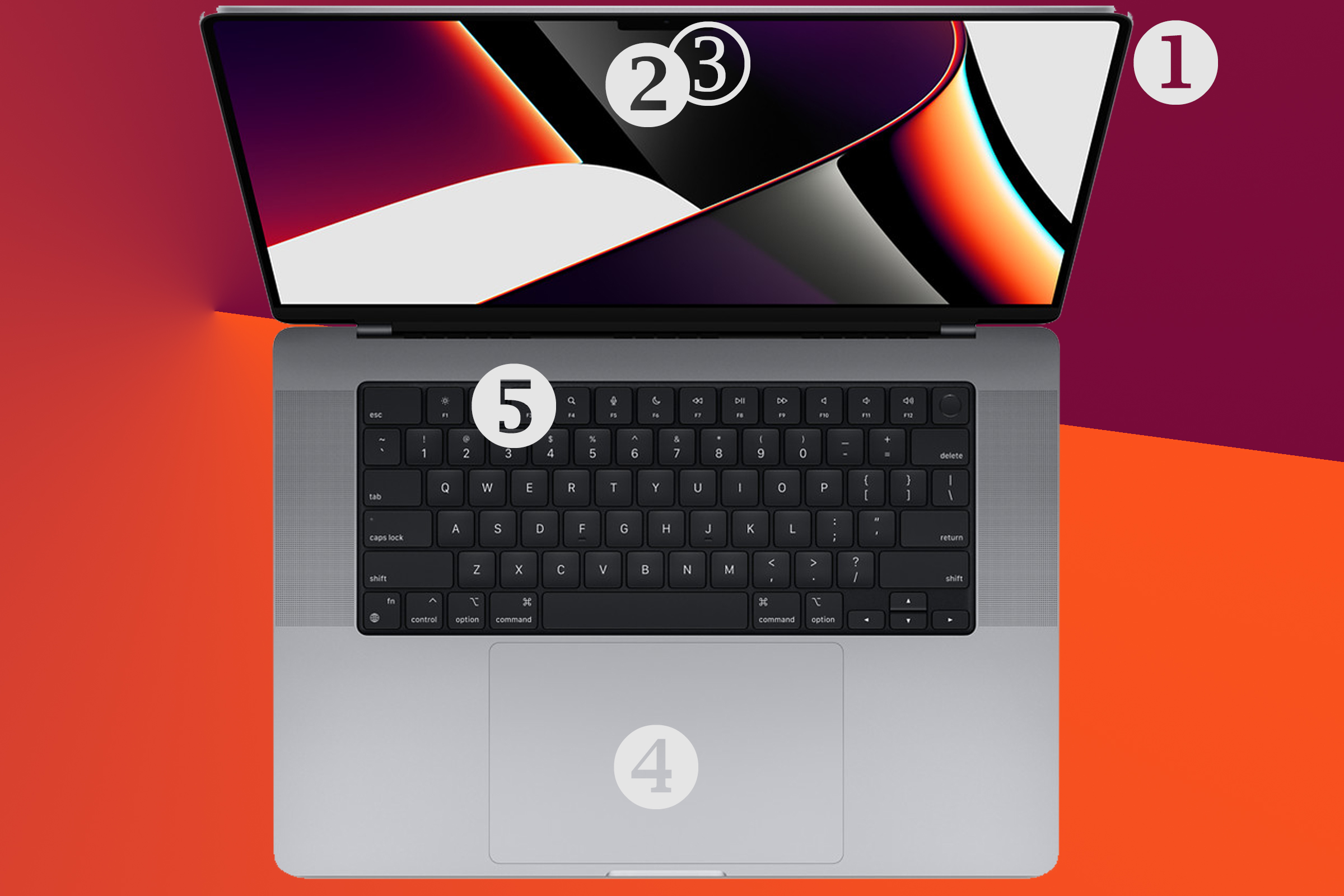