The 14-inch and 16-inch MacBook Pro could soon be shipping with new M2 Pro and M2 Max chips. There was an 18-month wait between the arrival of the M1 MacBook Air and M1 MacBook Pro and their M2 replacements, but despite being only a year since the M1 Pro and M1 Max models launched, their successors may not be that far off. Here’s everything you need to know about the upcoming release.

Apple launched macOS 13 Ventura on October 24, which was a prerequisite for the new Macs. A 13.1 beta is already in the works, which will likely ship with the new MacBooks.

In an October 23 newsletter, Bloomberg’s Mark Gurman said that the new MacBook Pro would launch “within months”. This followed an October 16 newsletter in which he correctly predicted that a new iPad Pro and new iPad would launch within days, but also said, “While the new MacBook Pros are on track to launch in the near future, I wouldn’t expect them to be released alongside the iPad Pro”, adding that Apple “has historically launched new Macs in November.”

Gurman isn’t the only Apple watcher expecting a late 2022 launch. Analyst Ming-Chi Kuo tweeted in August that the new 14-inch and 16-inch MacBook Pro will enter production in the fourth quarter, which tallies with a fall launch.

Apple held a Mac event in November as recently as 2020, so it’s still possible that Apple launches a new MacBook Pro alongside a new Mac mini at an Apple event in November. However, after Apple issued press releases for the new iPad Pro and 10th-generation iPad, it’s likely that the announcements will come via press release on Tuesday, November 1, 8, or 15.

The current models are priced as follows. While there are some big price leaps between the 8-core and 10-core CPU modes that many will be hoping Apple will close up, we don’t anticipate any major changes in the U.S.—although we could see some price rises in some parts of the world in line with inflation–and the global price rise following the introduction of the new iPad models does make this look likely. Apple raised the price of the entry-level MacBook Air by $200 or 20 percent with the M2 redesign. See: Is Apple ripping off the rest of the world with inflated prices?

If you were hoping that Apple would change anything about the design of these two larger MacBook Pro models be prepared to be disappointed. The company made some huge changes in 2021, with the new 14- and 16-inch size displays and their ProMotion technology, along with the removal of the Touch Bar and the addition of the notch (all of which serve to differentiate from the 13-inch MacBook Pro). Gurman has indicated that the MacBook Pro is expected to “stay roughly the same” on the outside.

While the outside of the MacBook Pro will look the same, the inside will be different. Based on the M2 and the M1 variants that Apple launched in 2021, we estimate that the M2 Pro and M2 Max chips will offer the following:

We might see even more CPU cores than predicted above – Bloomberg’s Mark Gurman reports that his sources indicate that the M2 Max could have 12 CPU cores.

Two extra CPU cores are not the only change that could spell a faster CPU. There had been suggestions that Apple would start using the new 3nm process for the M3 chips when they arrive, probably in 2023, but some reports suggested that this new process could be used for the M2 Pro and other variants.

The 3nm process should allow even higher transistor density among other things. According to DigiTimes in June 2022, Apple has “booked TSMC capacity for its upcoming 3nm M3 and M2 Pro processors” and TSMC will be starting volume production of 3nm chips in the second half of 2022. YouTube channel Max Tech’s Vadim Yuryev also indicated that the M2 Pro will be 3nm.

However, as per Ming-Chi Kuo’s August tweet (above): “Given TSMC’s guidance that the 3nm will contribute revenue starting in 1H23, processors of 14″ and 16″ MacBook Pro models may still adopt the 5nm advanced node.”

If the M2 Pro, Max, and Ultra chips are built using this 3nm process the gap between the M2 and these other variants will be bigger than ever and the new 14-inch and 16-inch MacBook Pro, Mac Studio, high-end Mac mini, and Mac Pro could offer even bigger speed boosts than those seen with the M2 compared to the M1.

If Apple is adopting this new process for the M2 Pro and beyond it would be unlikely that it will arrive before spring 2023. However, Gurman thinks we will have to wait until late 2023 or 2024 before we see the 3nm process arrive with the M3 chips.

It’s likely that the new MacBook Pro models will also offer more RAM. Apple upped the RAM in the M2 MacBooks from a maximum of 16GB in the M1 to 24GB in the M2. A similar increase could theoretically mean we see up to 48GB RAM in the Pro and 96GB RAM in the Max. Additionally, a report by Macrumors claimed the new MacBook Pro will feature “very high-bandwidth, high-speed RAM,” which could mean that the new models use LPDDR5X RAM, which would bring 300GB/s (M2 Pro) and 600 GB/s (M2 Max) 300GB/s memory bandwidth. The current models deliver 200GB/s and 400GB/s, respectively. 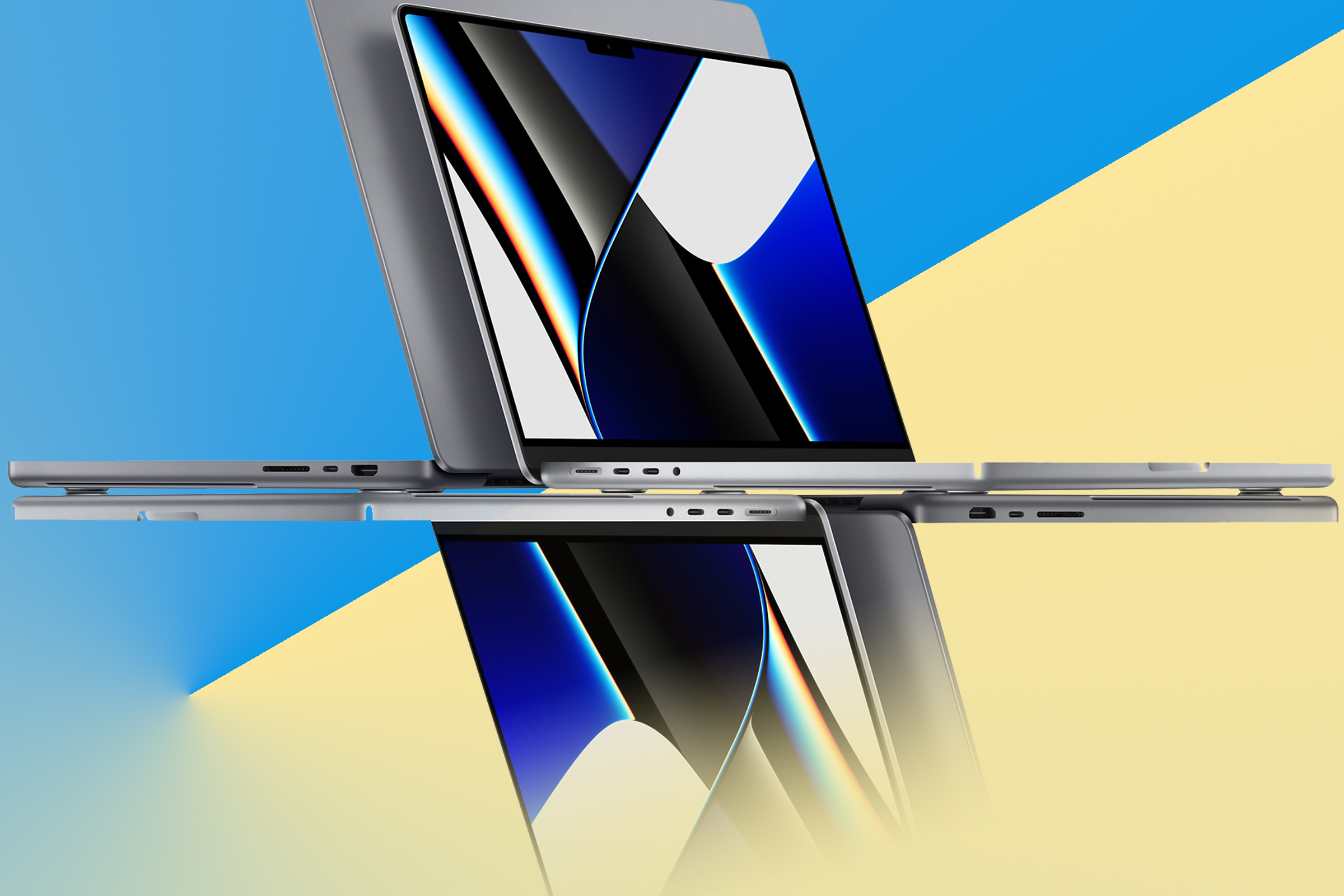