If the extensive testing and your own eyes weren’t enough evidence, we now have definitive proof that the 13-inch MacBook Pro M2 is nothing more than a recycled M1.

IFixit has performed its customary tear down of the new machine and confirmed what everyone expected: the new MacBook Pro is merely a 2020 MacBook Pro with a new logic board. The new machines are so similar, in fact, Apple is reusing the same A2338 model number on both machines. The screws, the removal process, even the placement of the chips and cables are the same, though iFixit notes that “some of the chips and smaller components have changed.”

Among the smaller changes iFixit discovered is the heat sink on the M1 has slightly rounded corners as compared to the squared off corners on the M2. iFixit also confirmed the slower SSD due to the use of a single 256GB chip on the M2 model versus two 128GB chips.

However, if you’re hoping to buy an M2 logic board and simply swap out the M1, you can’t. Much like Luke Miani discovered, iFixit learned you can’t simply swap out the logic boards. While they were able to get the laptop to boot, key components wouldn’t work due to the “baffling” decision to make the trackpad and keyboard incompatible with the older chip. iFixit notes that the parts are identical, so the issue is likely due to software restrictions.

Consequently, iFixit feels the M2 MacBook Pro is a “missed opportunity” for Apple to introduce its first upgradable laptop in decades and “set the tone for repairability and eco-friendly design,” especially since Apple is launching a new MacBook Air with an M2 chip this month with a new design and specs. 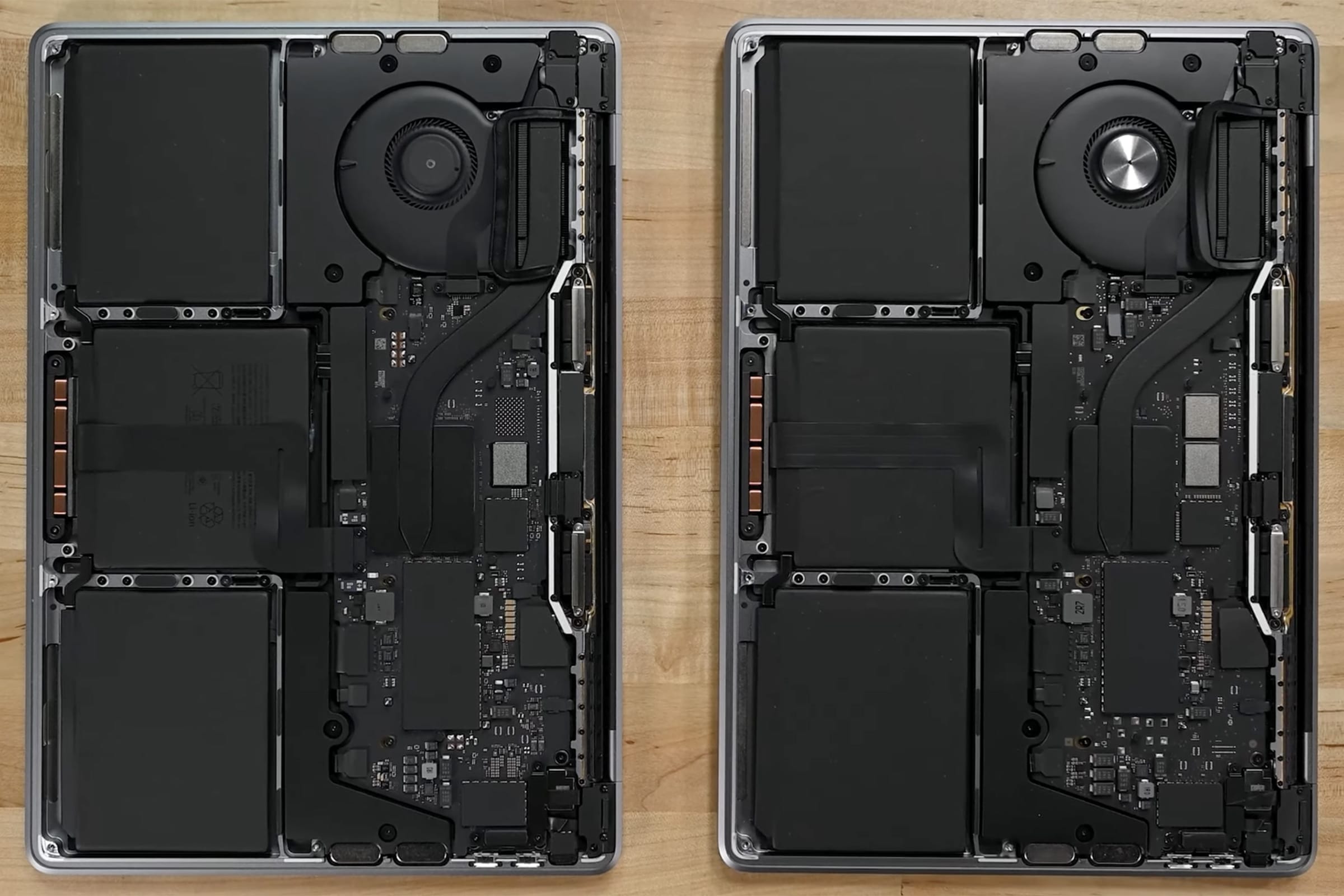 Solid-state drives – aka SSD – used to be really expensive, but prices have really fallen in the last few years, and you can now…